By Personnel Today on 14 Aug 2012 in Race discrimination 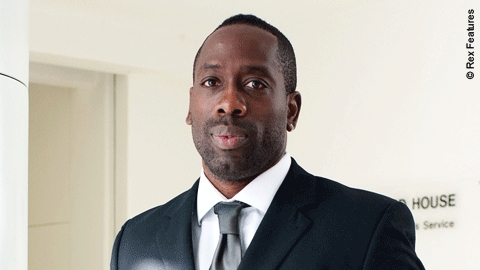 Gillingham Football Club has been criticised for focusing on the reduced payout to a former player who won a race victimisation claim against it, and has been reminded of the seriousness of the case.

McCammon claimed unfair dismissal and race victimisation against his former employer after he was dismissed for acting in an “aggressive, violent and threatening” way towards the team manager and “making very serious accusations of racism”.

The dismissal took place after a heated exchange in the manager’s office between McCammon and his manager, in which McCammon accused the club of discriminating against him and two other black players who were forced to attend the club’s grounds in heavy snow for medical treatment, while uninjured employees stayed at home.

McCammon was fined two weeks’ wages for not attending work on time on this day and was suspended so that the club could look into the events that took place in the manager’s office.

The tribunal did not uphold McCammon’s claims of race victimisation prior to the exchange with his manager as he had not raised concerns that he was being treated differently before this date. It also stated that it could not conclude that the manager’s immediate response during the heated exchange to the accusation of racism was victimisation because the evidence from both sides was “unclear and unreliable”.

However, it found that the footballer’s dismissal was an act of victimisation and that, as the club had not carried out an investigation into the accusations of racism, it was in no position to decide they were false during his disciplinary hearing.

The £68,728 awarded to McCammon included compensation for loss of earnings and breach of contract.

Gillingham FC said in a statement: “When you consider he was offered £45,000 before Christmas, he hasn’t achieved much for his efforts and it is probable he will have to pay his own costs.”

However, XpertHR senior employment law editor Stephen Simpson said that Gillingham FC was wrong to focus on the reduced payout rather than the seriousness of the case. He said: “The club has sought to brush off the claim by saying that the player got less than he was seeking, with most of the award coming from loss of earnings after the club’s breach of contract.

“But, looking at the award for race victimisation alone, the club admits that the claimant has been awarded £10,000 for injury to feelings. This falls within the middle of the three bands, ranging from £500 to £30,000, open to tribunals to give for awards for injury to feelings. The middle band is reserved for ‘serious cases’ of discrimination, so it won’t do for the club to try to brush off an award of this size.”