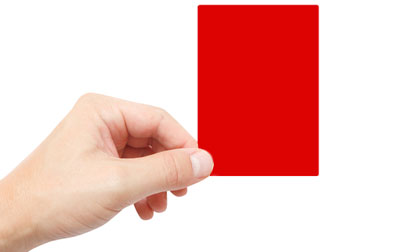 The Government is to announce the introduction of settlement agreements, designed to enable employers to encourage employees to leave in return for an agreed pay-off.

The agreements, to be unveiled by business secretary Vince Cable at the second reading of the Enterprise and Regulatory Reform Bill, are designed to make it easier for employers to address workplace disputes.

Settlement agreements are a simplified version of compromise agreements, already in use by larger employers, and the Government hopes that their introduction will encourage more employers, particularly smaller ones, to use them before formal disputes arise. The Government says that because settlement offers and discussions cannot be used as evidence in unfair dismissal claims, these details cannot be used against employers at a tribunal.

Employees will continue to benefit from their employment rights, as they can choose to reject the offer of a settlement agreement and proceed to a tribunal.

The agreements share some ground with plans for protected conversations and the no-fault dismissals outlined in the Beecroft report, two related proposals that were met with varying levels of enthusiasm.

Cable said: “Settlement agreements are smart, fair and pro-business reforms which deliver results for employees and employers. It empowers employers by enabling them to keep their workforce flexible and encouraging alternative ways of solving workplace problems rather than resorting to a tribunal.

“Making this approach simple to use will encourage employers to take on staff in the knowledge this there is an effective mechanism for dealing with serious problems if they occur.”

According to employment relations minister and former employment lawyer Norman Lamb: “Employers have to feel confident in dealing with situations such as where an employee isn’t pulling their weight or where someone is unreliable or even guilty of misconduct.

“In these instances, it is sometimes in the best interests of both employee and employer to end the relationship speedily by reaching a settlement.

“We know that many large companies use settlement agreements in this type of situation but we want to ensure that all employers – large and small – can make use of them without incurring large legal fees.”

The news has been welcomed by employers’ groups. Dr Adam Marshall, director of policy at the British Chambers of Commerce, said: “The proposal to beef up settlement agreements will offer many employers the certainty and security they crave. That is provided that any offer made to end a contractual relationship with an employee cannot be used against them in employment tribunal proceedings.

“Settlement agreements, and the legal safeguards for business proposed alongside them, will help to deliver that confidence.”

Meanwhile, Steve Radley, director of policy at the manufacturers’ association the EEF, said: “Making it easier for employers to reach settlement agreements will be another step forward in helping them manage change in the workplace and focus on growing their businesses. In particular, we welcome efforts to provide employers with a safe space to discuss performance issues with their staff without the fear of trigger legal action.”

However, some employment law experts have suggested that the announcement represents little more than a name change for compromise agreements, and have questioned how effective they will be.

Employment law trainer and XpertHR contributing editor Darren Newman commented: “It may be that the Government is about to propose a significant shift on protected conversations. I could envisage a provision under which an employer can make an offer of a ‘settlement agreement’ in a prescribed form with the assurance that the fact that the offer was made could not later be used in the employment tribunal. That strikes me as being perfectly workable and a lot more sensible than allowing informal conversations about performance to be ‘protected’ from tribunal scrutiny.

“But is there really a problem here? Although, in theory, a tribunal could find that the fact that the employer initially offered a payout to persuade an employee to leave could render a subsequent dismissal unfair, I can’t think of a case in which that has actually happened.

“I think it is significant that the Bill currently does no more than change the name of compromise agreements to settlement agreements. This may be the holding position while new provisions are being drafted, but I hope that any new clauses are introduced at an early stage so that they can properly examined, debated and – if necessary – amended.”

According to XpertHR senior employment law editor Stephen Simpson: “On the face of it, this isn’t a radical departure, with the settlement agreement being a standardised form – with additional guidance – of a compromise agreement. In effect, it will be a DIY version of the compromise agreement that the Government hopes will be adopted by smaller employers.

“However, a lot of unanswered questions remain in relation to settlement agreements: Will the legislation be watertight enough to avoid the sort of fiendishly complicated cases that arose with the dispute resolution procedures? Will the requirements be different from compromise agreements? For example, will the requirement for the employee to obtain independent legal advice before signing be dropped?

“How much room for abuse – such as pressure from unscrupulous employers on the employee to sign away rights – will there be? This legislation has the potential to cause more problems than it solves.”

A consultation on the principles of guidance for using settlement agreements will be published in the summer, and will include draft letters and model templates for employers and employees to use.