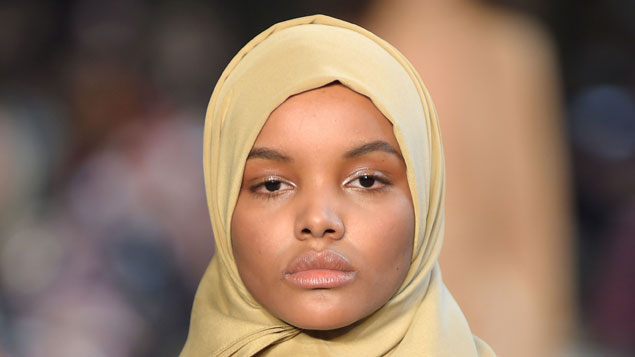 Recent European court judgments have suggested that employers can justify a ban on employees wearing certain religious items. But what do these cases mean for employers drawing up dress codes and will Brexit affect how they are interpreted in future?

Two recent European Court of Justice (ECJ) judgments shed light on attempts to reconcile freedom of religious expression on the part of employees with the right of employers to impose dress codes.

Both cases involved Muslim women who lost their jobs because of their insistence on wearing headscarves in the workplace.

In the former, internal rules at G4S stated that employees weren’t allowed to wear symbols of political, religious or philosophical significance in the workplace.

Bougnaoui was less clear cut in that the employer, an IT company called Micropole, asked the woman in question to stop wearing her headscarf following a complaint from a client.

The latter judgment ruled that the treatment of Bougnaoui had been discriminatory. It found that a customer’s objection to being served by an employee wearing a headscarf did not amount to a genuine occupational requirement be the case if, for example, the headscarf posed a threat to health and safety.

As Advocate General Sharpston stated: “When the employer concludes a contract of employment with an employee, he does not buy that person’s soul.”

This tends to represent the status quo as far as cases of this kind are concerned, but the case of Achbita v G4S signalled a shift that could potentially open up the possibility of employers acting in a discriminatory manner in the future.

The judgment in this case was weighted away from the rights of the individual and towards the freedom of the employer to conduct its business, as outlined in art.16 of the Charter of Fundamental Rights.

The ECJ found that the blanket ban on all manifestations of religious faith did not amount to direct discrimination and that, although it might be seen as indirect discrimination if it placed people of a certain faith at a disadvantage, this could be defended on the grounds that its intention was to pursue the employers’ policy of political, philosophical and religious neutrality.

The judgment acknowledged that such a ban could be justified if the policy was consistent and systematic with wider company policies, stating that employees are not allowed to wear symbols of political, philosophical or religious significance, as such items might affect the neutral image the business wishes to portray.

In both cases, the emphasis of the judgment was placed upon handing matters of this kind back to national courts to determine the outcomes.

In relation to the Achbita case, the ruling stated that the “interests involved in the case” needed to be taken into account, including the size and conspicuousness of the religious symbol in question, the nature of the employees activity, the context in which that activity was performed and most importantly the national identity of the country in question.

Cases such as Farrah v Global Luggage Co and Azmi v Kirklees Metropolitan Borough Council were employment tribunals dating from 2012 and 2007 respectively, and dealt with employers claiming discrimination on the grounds of Islamic clothing.

The cases of Shirley Chaplin and Nadia Eweida, on the other hand, involved the NHS and British Airways respectively and centred upon employees being refused permission to wear the Christian symbol of the cross.

In all cases, the authorities passed judgment in favour of the employers, and it’s possible that the national identity, post-Brexit, may lean further in this direction.

This means that businesses intending to use the latest judgments as a basis for revamping their own approach need to tread carefully.

Countering this, however, is the fact that the Government has recently spoken out against other examples of employers’ dress codes, such as an insistence on female staff wearing high heels, pointing out that such rules run counter to the Equality Act 2010.

A report published in January of this year by the UK Parliament’s Petitions Committee and Women and Equalities Committee highlighted cases of women suffering pain and even injury through being compelled to wear high heels, urging for penalties to be increased and imposed rigorously in order for change to happen.

This indicates that a future UK government, free from the stipulations of EU law, might still work to protect the rights of employees to have a degree of autonomy over their work clothing, whether for reasons of comfort or faith.

While direct discrimination may seem simple to avoid, indirect discrimination is easier to slip into. For this reason, UK businesses may be advised to draw up, review and communicate dress code policies which apply to all members of staff and which can be defended on the grounds of being reasonable, proportionate and fair.

The ECJ may, in time, come to have no influence on the UK courts, but the recent rulings have served to highlight just how complex the issue of an employer’s dress code can become when it is intertwined with issues of faith and national identity.