How could changes to tax-free termination payments affect employers? 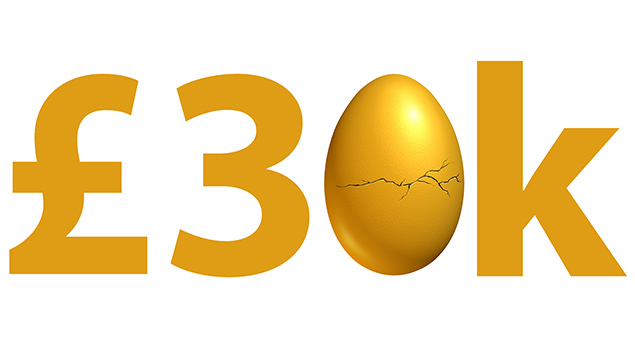 How will proposed changes affect the £30,000 golden egg exemption?

As part of the Summer Budget, the Chancellor announced plans to change the tax treatment of termination payments and the £30,000 golden egg exemption in order to simplify things. Matt Gingell assesses whether or not the proposals will be for the better.

It is a common misconception that all payments on termination of employment qualify for a £30,000 tax exemption. The exemption only applies if the payment is not otherwise chargeable to income tax.

Make a payment in lieu of notice

To determine this, you need to ask yourself what the payment is for. Generally, contractual payments will be subject to income tax and national insurance contributions (NICs).

Other payments relating to the termination of employment may only be liable to tax on the amounts exceeding £30,000 and may be completely exempt from NICs.

This general distinction is not very helpful, however, because there are lots of exceptions.

Payments for restrictive covenants, which prohibit competitive activity, and confidentiality are subject to tax and NICs. Payments for retirement are caught too.

On the other hand, genuine redundancy payments, even if they are paid under a contractual redundancy policy, do attract the £30,000 tax exemption. Also, payments to employees on account of their disability or injury – providing certain conditions are met – are completely exempt from tax.

Payment in lieu of notice

One tricky issue is whether or not tax and NICs are payable when an employee has a clause in their contract allowing the employer to pay them off instead of them serving their notice period. These are known as payment in lieu of notice (PILON) clauses.

If the employee works their notice or is placed on garden leave for the notice period, it is irrelevant whether or not an employee has a PILON clause in their contract. The salary they receive will be subject to tax and NICs.

But what if the employee is told to leave and is paid off instead of being employed for their notice period? If there is a PILON clause in the contract, there will be tax and NICs to pay on the notice money. If there is no PILON clause, the money would not be subject to tax and NICs – unless paying instead of notice had become contractual. This could be as a result of a course of conduct or policy of the employer to make these payments for every departing employee.

In July 2015, as part of a consultation to simplify the treatment of tax and national insurance in termination payments, the Government launched plans to simplify the system by doing away with the distinction between contractual and non-contractual payments.

It is also consulting on a number of options, which include the following:

While simplifying the tax rules may mean fewer headaches, many departing employees could have less cash in their pockets. Few would disagree that the tax exemption has long been a useful sweetener in resolving employment disputes. Watering down the exemption may make the parties less keen to part ways amicably and increase employment litigation.

Also, if more favourable tax treatment is offered to employees who bring claims (which is one of the proposed changes), it could discourage the parties reaching a deal at an early stage.

The consultation closes on 16 October 2015 and any decisions made based on the feedback received are likely to be announced in the Autumn Statement.

Matt Gingell is a specialist employment lawyer in London.
View all posts by Matt Gingell →
Previous Article
Next Article