Psychometrics evolution: how testing has won over HR 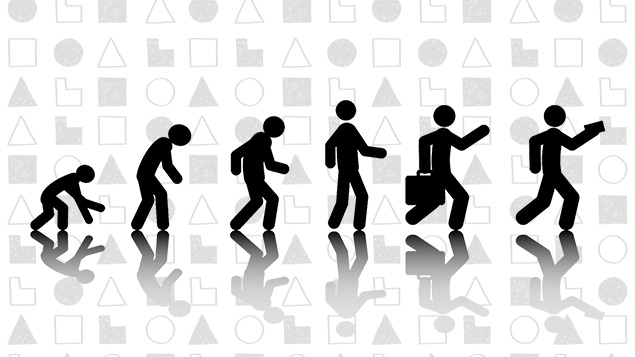 Psychometrics tools have long been associated with senior hires, but new research by Network HR suggests that organisations are spreading their use far wider than this. Peter Crush investigates.

Psychometric testing has long been seen as an exercise in telling recruiters either what they already knew, or what could easily be deduced from a face-to-face interview.

How organisations get the best out of psychometric testing (download)

Exclusive research from Network HR and Personnel Today looks at what tools are used by HR and how test results are perceived. Free download

But new research by Personnel Today and Network HR Executive Search appears to shed new light on how the HR sector perceives this predominantly recruitment-supporting tool.

Not only do three-quarters of respondents say they use psychometrics, but 78% agree that it is a “powerful tool” for hiring.

And perhaps most surprising of all, psychometric tests are broadly believed in, with 88% of respondents who use them saying they have faith in test results (27% said “a lot” while 61% said “quite a lot”).

Things have certainly changed since the embryonic days of Victorian pioneers like Francis Galton, whose early work focused on origins of intelligence. Today, tests range from measuring everything from attitudes to how people perceive things and make decisions (the well-known Myers-Briggs Indicator), to item response theory (the Rasch model) on traits and people’s responses to different stimuli.

Managers and HR professionals are under more pressure than ever to prove their hiring decisions are both accurate and well-conceived.” – Chris Small, Saville Consulting

The survey, carried out among more than 350 HR and recruitment professionals, shows that not only are HR professionals now comfortable with psychometric analysis, but also that one hitherto truism – that psychometrics are only used for very senior hires – is also being challenged.

“In the past, it’s fair to say that HR and recruitment professionals haven’t liked what they haven’t understood and as a result veered away from testing, but today the desire to identify true talent – or conversely the need to filter out people that could blight organisations from within – is often the dominant factor.”

He adds: “While there is still plenty of growth potential, the more HR professionals have a good experience of using it, the more this will be shared.”

Chris Small, deputy CEO at psychometrics provider Saville Consulting, says he is not at all surprised by the spread of using tests down the pecking order. “At the graduate level, tests are not only being used to whittle down people to manageable numbers,” he says, “but, crucially, to try to predict performance in a role. That’s the new imperative”.

Rowlands adds: “Managers and HR professionals are under more pressure than ever to prove their hiring decisions are both accurate and well-conceived”.

Growth in psychometrics at lower levels is also a reflection of the general trend that organisations are hiring more for potential and attitude, rather than a long list of academic qualifications. “This brings psychometric tools to the fore,” says Rowlands.

One of these companies is background checks firm HireRight. Becky Mossman, HR director, says. “We use People Clues – a tool that looks specifically at people’s suitability to a role, and we use it for everyone.”

“We feel it’s important we drill down to this minutiae, because if candidates don’t like our fast-paced environment, this will be revealed.” She adds: “Often people think they’re suitable for our company, but psychometrics will reveal it might not be so, and we don’t want to hire people that will quickly leave.”

While measuring softer attributes is clearly evident, psychometrics still comes second to the most common type of selection testing – competence – with 70% of respondents saying that their organisation tested for specific skills for a role used. Psychometric testing was used by 52% in selection, followed by general ability (50%), numeracy (45%) and literacy (45%).

Strong brand loyalty may be because HRDs want to stick to what they know and understand, rather than try new things. As Claire-Jayne Green, group HR director at facilities management company Servest acknowledges: “One of the main challenges with psychometric testing is the vast array of tests that are available. It can be difficult for practitioners to establish which tests adequately meet their requirements.”

Rowlands adds: “It’s a little worrying competency tests still dominate because they’re not looking at how people will fit into, and develop, within a role. There could definitely be more education around the variety of tests out there.”

Rowlands argues that the status quo is a legacy of “old-school” thinking toward candidate assessment within the recruitment industry, which will slowly update. That said, it is still striking that recruitment campaigns are clearly identified in the survey as the single biggest use of psychometrics, with 94% of users taking it for this purpose alone.

“Really, psychometrics should be moving into talent management and L&D to help identify skills gaps and training needs. At their best they are a very powerful tool in understanding how best to support an individual’s personal development,” he says, “but only 26% use it for talent management.”

He adds: “While it may well be firmly on the agenda when it comes to external hires, we haven’t yet seen psychometrics emerge as a key part of the L&D professional’s toolkit.”

Devil in the detail

Perhaps that is because despite demonstrating confidence in the top-line results of psychometrics, users still believe they are much too difficult to wade through in detail themselves, let alone try and give them to anyone else. According to the research, 70% of respondents said they believed that they required specific training to understand using them.

This may also explain why there is little appetite for bespoke tests over off-the shelf solutions (23% vs 70%). Emily Moore, people director at Purple Cubed says: “We use Inventory for Work Attitude & Motivation or iWAM and also Job EQ. But we admit we have kept the same tests for probably the last 10 years, both because we want to stick with what we know, but also because you have to be certified to read both.”

Small says training on a package used to take 10 days, now Saville Consulting runs four-day course, so he argues the training element might be outdated memories from when respondents first learned their skills.

He also says: “What we will see, is less product inertia. As knowledge about different tools gathers pace, HRDs will pick specific tools for specific jobs – such as grad recruitment or talent management.”

What is helping psychometrics gain acceptance though, argues Moore, is the fact that the majority of tests can now be done online. “There’s definitely an acceptance from staff that it features more in working lives,” she explains.

“Due to the ease of running tests, we actually do them annually, to see how people’s tolerances change to different questions over time. This is particularly good for our management and senior populations. We use this a lot to form teams and it helps staff understand what drives each other too.”

But there is one glaring anomaly though: If the HR community is so confident using it on other people to recruit and manage them, then why has psychometrics made almost no impact on their own careers?

The research finds a staggering 80% of respondents had never actually been through a test themselves as part of their own recruitment into their role.

Psychometrics provides something that we as humans are not very good at – objective, unbiased, reliable and valid measures of peoples’ traits and characteristics.” – David Hughes, Manchester Business School

“Perhaps there’s an assumption that because HR folk are deemed ‘people-centric’, a more rigorous dissection of their character isn’t needed,” suggests Adam Oliver, consultant at Network HR Executive Search. However, he argues that for this very reason, and beyond, aptitudinal and behavioural profiling should be especially important within the HR world.

Of the small 20% who had done one, most (88%) thought the experience was positive, and was explained to them well. This suggests that if HR professionals had greater experience and familiarity with psychometric testing, the likelihood is they would be used more widely across every discipline.

A positive conclusion from the survey, Rowlands summarises, is that usage and acceptability of psychometrics has now reached what he calls a good “critical mass.”

“The view of psychometrics as a delicate form of ‘witchcraft’ – which it’s fair to say has been prevalent in the past – is hopefully behind us,” he says. “Businesses are increasingly confident in their application and this has to be a positive.”

It’s still the fact HR professionals are not wholly putting all their trust in them – says Kathryn Boyd, HR director of Search Consultancy, which has increased the use of psychometric testing for recruiting its own staff as well as that of clients. “We never use them as a standalone tool in determining an individual’s suitability for a role. And we believe they should only ever be used by recruiters who are trained to interpret reports.”

But, the value pyschometrics give seems no longer to be in any question. “Psychometrics provide something that we as humans are not very good at – objective, unbiased, reliable and valid measures of peoples’ traits and characteristics,” says David Hughes, lecturer in organisational psychology at Manchester Business School. No-one, it seems, is arguing with this.

“Polarised views on psychometrics are diminishing and I’d like to think pragmatism has prevailed,” concludes Rowlands. “Admittedly there can be too much confidence in them at times – we do see companies use them to create an arbitrary cut-off point in their recruitment campaign and absolutely this is a far too literal use – but our advice is always that they be used as part of a structured conversation and, in the main, the industry approach is sensible. As supporters of progressive HR recruitment practices we’re hugely pleased psychometrics seem to have come of age.”