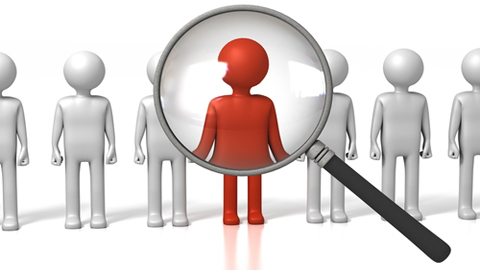 Economist Theodore Schultz invented the term “human capital” in the 1960s to indicate the stock of skills and competences available to produce economic value. He believed human capital was like any other type of capital – it could be invested in through education and training which would lead to higher levels of productivity.

The concept was generally applied to nations until the early nineties when Swedish thinkers like Karl-Erik Sveiby and Leif Edvinsson introduced models of “intangible assets” and emphasised the importance of measuring the different types of asset, one of which relates to people. They actually used the term “competence capital”, distinguishing it from the mere existence of employees.

This leads to understanding the distinction between “human resource management”, which embraces all employees and all aspects of employment, and “human capital management”. The latter is specifically concerned with creating value for stakeholders in an organisation. Not all employees are directly connected with such a mission, and not all of those who are in such roles actually do “add” value.


The statement “our people are our most important assets” has become a cliché that often leads to a cynical smile – people’s experience in practice is that they are often not treated as such. But the truth also is that people have a different “asset value”, and some indeed may be “liabilities” in that they subtract value in some way from a stakeholder.

Those people who make up our “competence capital” might also be embraced in our definition of “talent”. Organisations use widely differing definitions of talent, many confining it to so called “high potentials”. Certainly they would qualify, but we should also include all those with valuable knowledge, skills and experience who contribute to the value adding mission of the organisation. Managing such “talent” effectively requires some measurement.

Measuring the value of people

It would be great if we could measure the value that is added by each employee, but that is sometimes not possible and we need to do it by team or department. But it is logical to assume that the value produced is a function of the value that talented people bring to the party. The question therefore is: how can we measure the value of people? If we could do so, we would be able to track its increase or decrease and take better and targeted actions for investing in recruitment, retention and development.

On the balance sheet we often find “intangible assets” or “goodwill” – a figure that arises from takeovers and mergers. Accountants depreciate this figure as standard procedure – even though it represents assets that actually appreciate with the right management and one would want them to do so. Very few companies do attempt to value these assets systematically, and even though accounting bodies recognise the value of doing so, there are many difficulties.

There have been approaches to financially valuing the people in an organisation and the father of a discipline called “human resource accounting” is Professor Eric Flamholz, Professor of Management at the Anderson Graduate school of Management at the University of California. Flamholtz asserted that the main aim of human resource management is to optimise human resource value. He produced formulae for measuring and tracking this – but his approach – and those of others who have looked for a financial value – has never achieved a great following.

It is that original term “competence capital” that gives us the clues toward effective and practical measures. For each value adding role, we can ask which aspects of competence make the most difference to effectiveness. This may include specific aspects of:

Many companies use summary models such as multinational company GE’s “nine box model” of ranking performance and potential in a 3×3 matrix. But to have a useful tool, we need to be more granular than this.

Once we have listed the key competences, we need some way of “measuring” their level. We can use five point scales, or just “high/medium/low”. In my book “The Human Value of the Enterprise – Valuing People as Assets”, I suggested a scale of between 0 and 2, where 1.0 represented the level expected for the position. Clearly, this is a matter of judgement. Guidance can be given but accuracy is not critical – as long as we have a picture of the spectrum of competence. The competences can be combined in indices, and can be weighted for the degree of influence they have on producing results. A table can be created to cover all the individuals in a team and we then have a working picture of the human capital available to us.

This may sound like a lot of effort. However, most organisations have many of the processes already that would give this data. Performance appraisals and individual development plans will usually include the assessment of competencies, as well as work objectives. It is recommended that these be role-specific and embrace all the areas above, rather than be a standard set or only behavioural in nature.

The resulting table of “human capital value” becomes a working document. We can see immediately which competences have overall strength or weakness in the team. We can judge the effect of losing a member of the team, and focus recruitment on specific competences rather than a general person specification.

If we have used a numeric system of rating, we can calculate an overall “human capital index”. The goal would be that this is continually increasing with time. As experience grows using such a tool we will find that some of the chosen competences have more influence than others in yielding superior results, which is in itself valuable knowledge.

Tables such as this would be the core working tools in human capital management. “Management” means taking appropriate actions. Measurement is the foundation of good management, and if talent management processes were based on tools such as suggested here they will surely be more effective. And the more we grow the value of our people, the more we will create value for the stakeholders of our organisation.

Andrew Mayo is the author of “Human Resources or Human Capital?”, published by Gower in 2012. Whether public or private, successful achievement depends first on the capability of people and secondly on their commitment and productivity. Mayo’s book discusses how you can ensure the most effective management of these value creating assets.