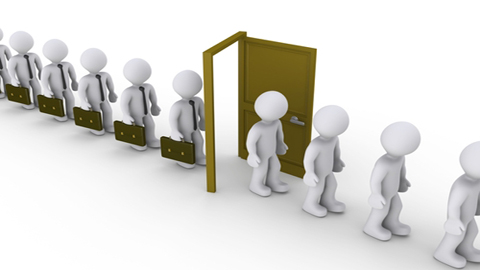 The Work Programme, the Government’s flagship welfare-to-work scheme, has been branded a “miserable failure” after it did not meet its targets.

Only 3.53% of unemployed people found sustainable work (defined as a job for six months or more), under the scheme, compared with its 5.5% target. The Work Programme was set up in June 2011 by the Department for Work and Pensions, with the aim of paying private companies to get long-term unemployed people back into work.

Despite failing to meet its goals, the Government claimed the scheme was still “on track”, claiming that more than half of the jobseekers who had started the programme in 2011 had spent some time off benefits, thus saving taxpayers’ money. Employment minister Mark Hoban said: “It’s still early days, but already thousands of lives have been transformed. One in four people have been in work, more than half of the early starters have been off benefit and performance is improving.”

A report looking at the first year of the programme also claims that taxpayers get a better deal than with previous Labour-led schemes. It points to data published by industry body ERSA, which shows that the Flexible New Deal cost nearly £7,500 per job, while the Work Programme has cost just over £2,000 per job of those started so far.

Hoban added that there was a “challenging economic backdrop” to the Work Programme and that performance would improve the longer the scheme was running.

The programme has on occasion hit the headlines for the wrong reasons since its launch. In May, the Government ended its contract with one welfare-to-work provider, A4e, after allegations of fraud at the company. Poorly performing organisations involved in the programme have been given until next April to improve their performance.

Labour Party leader Ed Miliband branded the Work Programme a “miserable failure”, adding: “We’ve said in relation to young people, we shouldn’t be letting then languish out of work, we should be getting them jobs. We should be working with employers and saying government will pay the wages, if you pay the training and mobilise business across this country to get our young people working again.”

Shadow Work and Pensions secretary Liam Byrne said that the scheme had not achieved any positive results: “This is deeply, deeply disappointing news. On the DWP’s own benchmarks, just 2.3% have found a ‘job outcome’. That is under half the rate the DWP said could be achieved by doing nothing. Meanwhile long term unemployment has soared by more than 200,000.”

For more information on recruitment, sign up to Personnel Today’s Recruitment and Resourcing e-newsletter.