By Personnel Today on 20 Mar 2013 in HR practice, HR strategy 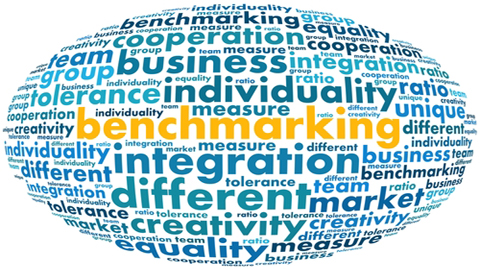 Successful benchmarking requires organisations to identify clearly what performance they want to improve, understand it fully and then select, adapt and implement the most appropriate best practice available, according to Ray Wilkinson, director of the Best Practice Club.

1. Accept benchmarking is not as easy as it looks

A lot of publicity is given to benchmarking exercises that have gone well, but almost nothing is heard of those that fail. Yet there are three times as many failures as successes, as organisations are reluctant to publicise their failures. But the low profile of failures has led to benchmarking being seen as an activity that is relatively easy to do.

2. Remember comparative analysis on its own is not enough

Unless the results are directly tied to a best practice benchmarking exercise that seeks to learn in detail from the reference group concerned, this is merely an exercise in reporting. A significant investment can be wasted.

3. Don’t underestimate the need for training

Training must not be overly prescriptive, but it is key that teams are facilitated to focus on the right benchmarking areas, those in which improvements will deliver benefits. The team should understand the performance of those areas before attempting to engage external partners, so they know what intelligence is key and what is less important. And they should look as widely as possible when identifying potential benchmarking partners.

4. Recognise when “enough is enough”

Too often, benchmarking teams in their search for accuracy become too focused on obtaining “like for like” comparisons with partners, and over-analyse the data when “good enough” is what is required.

They must also forecast what that gap is likely to be by the time they implement their improvement or risk having to catch up with progress other companies have made in the interim. This is another reason not to spend too long agonising over the data. Benchmarking is about performance improvement, not data analysis.

5. Gain the commitment of senior management

Senior managers have been known to criticise data when they disagree with the conclusions drawn and the benchmarking manager can be blamed for reported poor performance. It is critical to manage the opinions and expectations of key stakeholders throughout a benchmarking project. Benchmarking teams need to contantly reinforce the purpose of best practice benchmarking and its benefits. Publicising the delivery of short-term milestones helps.

6. Ensure a culture of continuous improvement is in place

There is no point in investing in “best practice” benchmarking if it is only intended to give an organisation a warm feeling. The team must stress the purpose is improvement, and activities should take place in an environment of continuous improvement to achieve a step change. This will help persuade senior managers benchmarking is a performance improvement device, as opposed to a standalone activity.

Organisations new to best practice benchmarking tend to identify partners from their own industry or sector, but too narrow a selection of partners means identifying only best practice in that sector. Organisations in the same sector may resist exchanging information due to competition regulations or competitive pressures.

A common mistake is failing to adapt better practices found through benchmarking. No two organisational cultures are the same so what works in one organisation may not work elsewhere. Organisations need to take into account different cultures, environments and business priorities.

The benchmarking team must know their own organisation well to break down the best practice that they have found into what is important for their organisation.

Benchmarking should be approached using comprehensive project management disciplines in the same way as would be in place for any change management programme.

Successful best practice benchmarking requires a rigorous and professional approach. Done badly, benchmarking can waste a lot of time, money, and effort; done well, it can do wonders for an organisation’s performance.

Ray Wilkinson is director of The Best Practice Club, which provides benchmarking and learning opportunities for large organisations through personalised service support and a self-administered knowledge management portal.