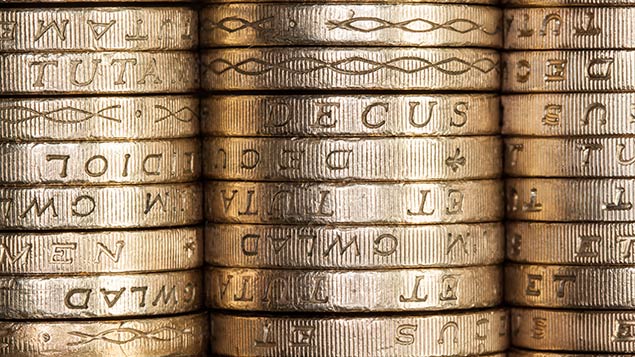 The minimum wage is currently £6.31 per hour

The national minimum wage is 15 years old this week, and to coincide HM Revenue & Customs (HMRC) has revealed what it believes are the 10 worst excuses given in the past year for paying below the threshold.

One employer claimed that a worker was his wife, but then had to ask her name. Another claimed that their employees did not speak English, so were not entitled to the minimum wage. Others simply denied that the employee worked there at all.

The national minimum wage sets minimum hourly rates that employers must pay their workers. The main rate increases to £6.50 per hour in October 2014.

Jennie Granger, HMRC’s director general of enforcement and compliance, said: “Most employers are honest and pay their staff the correct rate. But this research shows that some still view the national minimum wage as a choice, and will even try these crazy excuses to avoid paying workers what they are due.”

1.  An employer said a woman was not entitled to the minimum wage because she was his wife. When asked what his wife’s name was, the employer said: “Err, her name? What’s your name, love?”

2. “My employees don’t speak English, so they’re not entitled to it,” was another reason.

3.  An employee ran out of the premises when HMRC officers arrived to check for national minimum wage infringements. The same employee then returned – minus the work pinafore – with the employer claiming that they were a customer.

5.  Upon inspection, an employer told HMRC: “I know I am paying them too little, but they are happy to work for this amount because they are getting experience.”

6.  An employer said his employee was just working for a few days, with a view to buying the business. When HMRC checked, the employee’s name was found on historic food temperature records.

7.  An employer claimed they realised they were not paying employees the national minimum wage and had just this week increased their income to a new hourly rate – which was still below the minimum wage.

8.  An employer told HMRC: “It wasn’t a conscious decision to say ‘I’m not going to pay this’, but I’ve never really considered doing it because I’ve not had people come to me and say, ‘I’m not getting paid enough’ or ‘Is this the minimum wage?’”

9.  Another employer claimed an employee was just a friend, and only in the restaurant as they were in the area. HMRC officers returned another day to find the employee in the kitchen preparing food.

10.  A number of employers claimed that accommodation they provided workers made up for their shortfall in wages.

HMRC said its investigations last year resulted in more than 26,000 people getting a share of £4 million in back pay.

Calls to HMRC’s pay and work rights helpline (0800 917 2368) from interns who are working without pay, or for “expenses only”, are currently being fast-tracked to HMRC enforcement officers for investigation.