By Adam McCulloch on 27 Apr 2018 in NHS, Latest News, Immigration 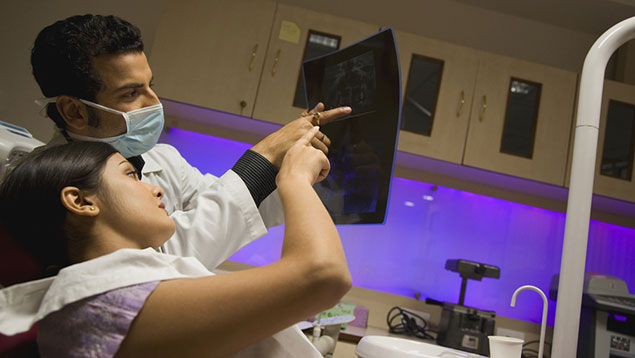 Hundreds of doctors from non-EU countries have been refused visas. Photo: Shutterstock

The Home Office is under renewed attack over its failure to grant visas to hundreds of doctors who had planned to work in the UK for the NHS, often in areas where services are overstretched.

NHS Employers said that since December 400 visas for doctors, much needed by UK hospitals beset by long waiting lists and staffing shortages, had been refused. The figure includes 100 doctors from India who had been offered jobs in the health service.

The Home Office decisions have led 35 NHS trusts to accuse immigration officials of putting patient safety at risk.  The trusts have written to home secretary Amber Rudd and health secretary Jeremy Hunt explaining that the Indians involved were part of a self-funded postgraduate course called the “earn, learn and return” programme, which is aimed at attracting doctors from around the world to work in the NHS.

The letter was quoted by the BBC as saying: “There will be no option but to fill the rotas with locums at significant expense and there will be an impact on British trainees because they will have to work additional hours and therefore lose quality training time.

“As we reach the end of a winter when the NHS has been stretched to its very limits, partly as a result of a lack of medical workforce, we find it almost impossible to understand how this decision can have been reached.”

Employers looking to recruit from outside the EU have to apply for a Tier 2 work visa under which certain categories of doctors can enter the UK. The doctors who were not granted the visa did not qualify under shortage occupation criteria.

However, the NHS is widely acknowledged to be short of doctors in many categories, with a report from the regulator NHS Improvement warning one in 11 posts was vacant.

The chief executive of NHS Employers, Danny Mortimer, told the BBC last week that he had heard of hundreds of cases of blocked visas since December. “Over the last five months, in addition to the [100] posts you are covering, we are aware of at least 400 doctors who haven’t been able to enter the country to take up posts right across the country. Not having those doctors delays treatment for people … It means that if we do manage to cover something, particularly for an emergency rota, we are paying a premium to cover. That means the extra money we are spending on a locum isn’t available to spend elsewhere.”

The British Medical Association (BMA) said “arbitrary and outdated” limits on the number of overseas-born doctors permitted to work in the NHS were deepening an already serious staffing shortage and undermining care.

Dr Chaand Nagpaul, the chair of the BMA’s ruling council, told The Guardian: “It’s inexplicable that, at a time when the NHS is struggling with filling positions, visa restrictions and arbitrary and outdated caps for non-EU workers entering the UK are preventing doctors, who are willing and able to work, from caring for patients.”

Those whose professions are on the shortage occupation list, such as nurses, radiotherapists and paediatricians (along with scientists and engineers), receive priority. Professions on this list are also not required to earn £30,000.

Immigration legal specialist Davidson Morris describes the shortage occupation list as very limited despite the high demand for staff in several sectors. It states on its website: “The Government, in an effort to encourage employers to train domestic workers, has placed very strict criteria on the roles that can be considered for the list.”

A spokesperson for the Home Office said the system was in the “national interest.” She added that any Tier 2 applications that were refused in oversubscribed months could reapply in future ones.

The Home Office also stated that when demand exceeded the monthly available allocation of Tier 2 (general) places, priority was given to applicants filling a shortage or PhD-level occupations.