By Adam McCulloch on 20 Feb 2018 in Insolvency, Latest News, Pensions 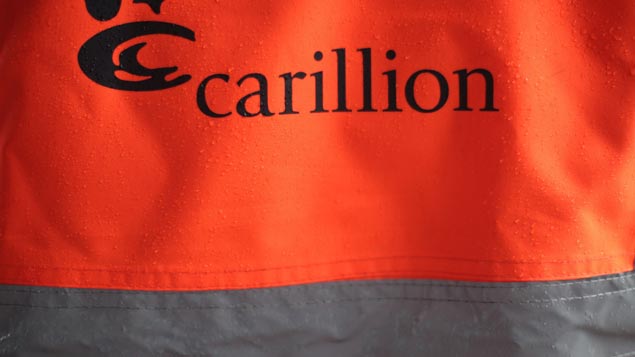 The Pensions Regulator (TPR) was alerted about Carillion‘s pension failings twice in the past eight years, but only began a formal investigation into the construction and outsourcing giant after it went bust last month.

A series of newly released letters between the Carillion pension trustees, TPR, and Frank Field MP, chair of the Work and Pensions Select Committee, reveal that the company’s directors had refused the trustees’ requests to pay more in deficit recovery contributions starting in 2010.

The Carillion trustees had also asked TPR for “formal intervention” in 2010 and 2013 but the regulator only opened the process on 18 January 2018 – three days after Carillion entered liquidation.

Carillion tried to wriggle out of pension obligations

The pension dispute started in 2010 when Carillion put forward a maximum level of annual cash contributions of £23m. The trustees stated that £35m per year was affordable as the company was then in good health.

The same letter from the trustees notes that the company proposed that the past service deficit in its group schemes should be met over 15 years, exceeding the 10-year maximum which the regulator suggested was appropriate across all cases.

A further letter to TPR from the trustees in 2013 states that, notwithstanding the growing pension deficit, Carillion did not raise its offer sufficiently despite the trustees having made a reduced offer in line with a more difficult national economic situation.

The company made a “take it or leave it” offer of £33.4m per year over 15 years whereas the trustees had proposed contributions of £65m over 14 years to meet a deficit they estimated at £770m.

Frank Field strongly condemned the company’s handling of the pensions impasse stating: “These letters suggest the Carillion directors were contemptuous of their pensions obligations. Over two successive 15 month negotiations they refused to give an inch to the pension schemes.

“Their private pleading that the company could not afford more was in stark contrast to the rosy picture – and bumper dividends – being presented to the outside world. Richard Adam, the longstanding finance director, has particular questions to answer.”

At the time of the company’s collapse last month, the chair of trustees of Carillion’s pension scheme, Robin Ellison, stated in a letter to MPs that there was a funding shortfall of around £990m with defined benefit pension schemes higher than had been thought. There were 1,878 schemes in surplus and 3,710 in deficit.

Carillion had 14 defined benefit pension schemes, with 27,500 past and present employees receiving or set to receive payments from these schemes. These are being transferred over to the Pension Protection Fund, which steps in to pay defined benefit pensions when companies fail. But when this occurs many recipients may not receive the amounts they had expected.

Field was also critical of the timing of TPR’s intervention: “With characteristic alacrity, the Pensions Regulator started its arduous process of chasing money down from Carillion a few days after it was formally announced there was no money left.”

The services company went into insolvency on 15 January with only £29m of cash left and a pensions deficit liability of about £2.5bn.

TPR has insisted this week that its warnings eventually led to a “significant increase” in pension contributions from Carillion.