Philosophical belief under Equality Act can include left-wing beliefs

By Rebecca McGuirk on 29 Apr 2015 in Case law, Religious discrimination 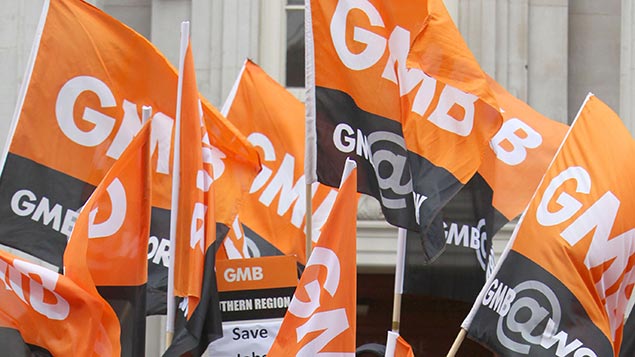 In this case report from Trowers & Hamlins, the Employment Appeal Tribunal (EAT) considered whether or not an employee who held left-wing democratic socialist beliefs and fell within the scope of philosophical belief protection afforded under the Equality Act 2010 was unlawfully discriminated against and harassed.

Mr Henderson was employed as a regional organiser by the GMB Union but was dismissed on the ground of gross misconduct.

This was due to him challenging the authority of line management and the regional secretary, and for making serious unsupported allegations of collusion between the GMB and the Labour Party in respect of his suspension from the latter.

Mr Henderson claimed that he had suffered unlawful direct discrimination and harassment on the basis of his “left-wing democratic socialist beliefs”. In one particular incident cited, the GMB’s general secretary had telephoned Mr Henderson and shouted at him, saying that a letter he had written in relation to proposed picketing outside the House of Commons was “over the top” and “too left wing”.

The employment tribunal found that Mr Henderson was fairly dismissed for gross misconduct, but found that he had suffered unlawful direct discrimination and harassment on the basis of his protected characteristic of his “left-wing democratic socialist beliefs”.

The tribunal said that the protected beliefs formed a substantial part of the reasoning for his dismissal and were accordingly an effective cause of it. In relation to the harassment claim, three incidents of unwanted conduct by the GMB were proven, including the incident in which Mr Henderson was described as “too left wing”, all of which had the purpose of creating an intimidating, hostile or humiliating environment for him.

On appeal, the EAT agreed that Mr Henderson had been fairly dismissed, but it overturned the tribunal’s decision in relation to unlawful direct discrimination and harassment.

With regards to the finding of unlawful direct discrimination, the EAT said that the tribunal had made unsupported legal or factual assumptions about disputed questions of less favourable treatment on protected belief grounds. It said that there was no analysis of the factors relevant to that conclusion, nor any evidential basis to support it.

Further, with regards to three incidents of unwanted conduct (harassment) that were established out of the 10 alleged, the EAT noted that two were obviously trivial. The third was an “incident” and not an “environment”.

Indeed, the EAT went on to say that to conclude that the third incident – the telephone conversation between the general secretary and Mr Henderson – was an act of unlawful harassment is to trivialise the language of the Equality Act 2010. The EAT noted that isolated acts may be regarded as harassment but they must reach “a degree of seriousness before doing so”.

The EAT held, in each case, that it was difficult to see what proper basis the tribunal had for concluding that Mr Henderson’s left-wing beliefs played any part in his treatment. There was no evidential basis to support the fact that the GMB’s conduct was an act of unlawful direct discrimination or unlawful harassment relating to Mr Henderson’s political beliefs.

The EAT concluded that Mr Henderson’s assertions that his protected beliefs played a significant part of the reason for his alleged treatment were nothing more than “unsupported speculation”.

Although the tribunal’s findings of discrimination and harassment were overturned by the EAT, the judge strongly rebutted any suggestion that less protection for a philosophical belief is afforded by the Equality Act 2010 than for a religious belief.

The EAT made the position clear that: the law does not accord special protection for one category of belief and less protection for another; all qualifying beliefs are equally protected; and philosophical beliefs may be just as fundamental or integral to a person’s character and life as religious beliefs.

The tribunal’s conclusion that left-wing democratic socialism is a protected belief for the purposes of the Equality Act 2010 was not challenged in this case. Accordingly, Mr Henderson was protected by the Act.

This case is a helpful reminder for employers about what protected characteristics under the Equality Act 2010 can encompass. Any suggestion that a philosophical belief should be given less protection than, say, religious belief, was firmly rebutted by the EAT in this instance.

Although the case appears to broaden the scope of philosophical belief under the Equality Act 2010 to potentially cover all political beliefs, it is important to remember that mere support for a political party is unlikely to be enough to protect an employee, as noted in the case of Olivier v Department for Work and Pensions ET/1701407/2013. In this case, the EAT went on to say that the belief must be “a belief, not an opinion or viewpoint” and that it “must be worthy of respect in a democratic society, not incompatible with human dignity and not conflict with the fundamental rights of others”.