Menopause at work: how employers can help staff manage “the change” 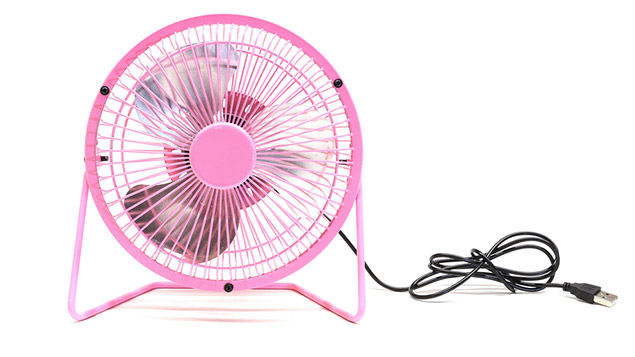 It may be inevitable for all women, but the menopause is generally seen as a personal matter rather than an issue for HR. Could the last workplace taboo be about to go mainstream, asks Virginia Matthews?

In her recent headline-grabbing New vision for older workers report, Government age champion Dr Ros Altmann suggested that employers needed to address the sensitive issue of menopause awareness, in order to help combat the double whammy of ageism and sexism which lies in wait for women choosing to work longer.

Yet despite the fact that there are more than 3.5 million women over the age of 50 currently working in Britain, there is scant guidance for HR in helping to support employees through this significant life stage.

With the average age for the menopause now 52, there will be thousands of women who will experience key symptoms such as hot flushes, irregular periods, mood swings and poor memory while still holding down a full-time job.

According to the website healthtalk.org however, relatively few workplaces are responding to their needs, highlighting rigid rules around the opening of windows as among the biggest problems.

While the Girls’ Day School Trust (GDST) does not have in place a specific menopause policy for its workforce, Caroline Hoare, director of people, says the organisation is “sensitive to any issues that could impact on the physical or mental wellbeing of our staff”.

She adds: “The majority of our teaching and support staff are women, large numbers of whom have worked for the GDST for many years. Our sickness absence procedures are sufficiently flexible to take account of menopause-related conditions.”

Supporting employees during the menopause

“We also make provision for all staff to report any gender- specific sickness to a manager of the same sex if this makes them feel more comfortable. This is in addition to a free, confidential employee assistance scheme which is available across the network.”

Yet, this level of pastoral care is rare in a profession dominated by women, according to the National Union of Teachers (NUT), whose own recent report on the menopause suggests that many female teachers fear that even mentioning the “m” word may lay them open to potential redundancy.

Amanda Brown, NUT assistant secretary says: “Eighty per cent of respondents to our recent survey told us that they didn’t wish to disclose their own personal situation with the menopause; either through embarrassment or the fear that they may be targeted by management.

“We need to move away from this being a personal issue and instead collectivise our approach to menopause. All women teachers will go through the change of life at some stage in their career and by making some practical workplace changes in recognition of this, we can bring benefits to everyone in the profession; whatever their gender or age.”

Out in the open

Brown also believes that this is a campaign that should have been won many years ago.

“We are at the start of the process and are only now beginning to bring this issue out into the open. Our new research is the starting point for a discussion which is long overdue”, she says.

Marks & Spencer (M&S) is one of the few businesses that acknowledges change of life issues as a matter of course. Due to the high number of female employees at the retailer, and based on feedback from its Business Involvement Group, it realised that there was a need to have more appropriate support in place for staff who are going through the menopause.

The range of support on offer includes providing specific information for line managers via the M&S wellbeing portal and referral to a specialist team within occupational health (OH), who will help to secure any appropriate adjustments required. There are robust policies already in place around time away from work, which support menopausal employees where needed.

To Rachael Saunders, director for age at Business in The Community, it is little wonder that “the conversation around menopause” is a difficult one for employers.

“Women themselves don’t want to ask for special treatment and they may well be embarrassed anyway,” she says.

“Symptoms of menopause can vary enormously – from the liveable-with to the incredibly debilitating – but if you have older women in your workforce, you need to think about specifically including it in your people policies.”

For women working in male-dominated organisations, the embarrassment of having to ask for menopause-related sick leave can be acute, says a spokesperson for the TUC, particularly when the line manager is a young male.

Yet, the union believes that the menopause is an OH issue that is crucial to every employer with women on the payroll.

The Royal Free London NHS Foundation Trust agrees that change is required. A statement says: “Many of our health and wellbeing policies focus on age, stress and health-related conditions. We also encourage managers to recognise and accommodate the changing needs of staff, for instance through more flexible working practices or referral to support services.

“We recognise the importance of raising awareness of the menopause and the impact it can have on a person’s professional life. We are pleased that Dr Altmann has highlighted this issue in her recent report and look forward to seeing which of her recommendations can be integrated into our existing working practices.”

Symptoms of menopause can vary enormously – from the liveable-with to the incredibly debilitating.” – Rachael Saunders

While some employers argue that menopause is a strictly personal issue – yet still feel able to create intricate policy around pregnancy, breastfeeding and stress – the message of the TUC report on the subject is clear.

It argues: “Employers have been slow to recognise that women of menopausal age may need special consideration and for too long it has simply been seen as a private matter.

“As a result, it is very rarely discussed and many managers will have no awareness of the issues involved. This means many women feel that they have to hide their symptoms and will be less likely to ask for the adjustments that may help them. This must change.”

Some 20% of staff at Asda may be over 50, but as yet, the firm has no “specific standalone HR policies around the menopause;” a position that it says may change in the future.

In recent times, the supermarket chain has created dedicated groups of employees to focus on areas such as age, ethnicity and gender and, according to a spokeswoman, the dialogue between managers and staff has benefited considerably.

“Each group is supported by a member of our executive team to facilitate ideas, discussion and, most importantly, taking action and this ensures that issues such as menopause are not taboo subjects, but can be brought to the table and discussed openly,” she says.

Although in the past, line managers at branch level were predominantly male, the company’s Women In Leadership programme, spearheaded by senior vice president of people Hayley Tatum, has now significantly increased the number of female store managers.

Where these do not exist, women at branch level are given access to more senior female colleagues where requested.

Amendments to the firm’s arrangements for “additional leave” have already introduced more flexibility for older staff needing to attend health screening appointments and the new arrangements apply equally to the menopause.

“If a colleague needed more flexibility in order to cope with the menopause, she would be sympathetically listened to,” a spokesperson explains. “We have a variety of channels available for colleagues to pass on requests and feedback and we believe that when it comes to the menopause, we already have everything necessary in place.”

The attitude of male workers to the change of life can undoubtedly be a problem, according to healthtalk.org, which notes that: “Women talked about being misunderstood by younger colleagues and male co-workers.

“Middle-aged women were sometimes unnecessarily branded as ‘hysterical’ or typecast as ‘PMT-ish or menopausal-ish’ once they were over 40”. And, in male-dominated workplaces, “women were reluctant to discuss symptoms or to seek support, for fear of seeming weaker…They wanted to be treated ‘the same as the guys’.

“The trouble with this approach is that the menopause remains hidden and women can feel isolated with no one to talk to.”

For the British Association for Women in Policing, which has recently commissioned research to explore the impact of the menopause on the wellbeing of older women police officers, the change of life is an issue for all staff, says national coordinator Parwinder Dale.

“We’ve run a couple of events which have been very well-attended by women; but less so by men,” she says. “In the future, we’d like to get far more men to come in and start understanding how they can help their colleagues through the menopause.”

One Response to Menopause at work: how employers can help staff manage “the change”