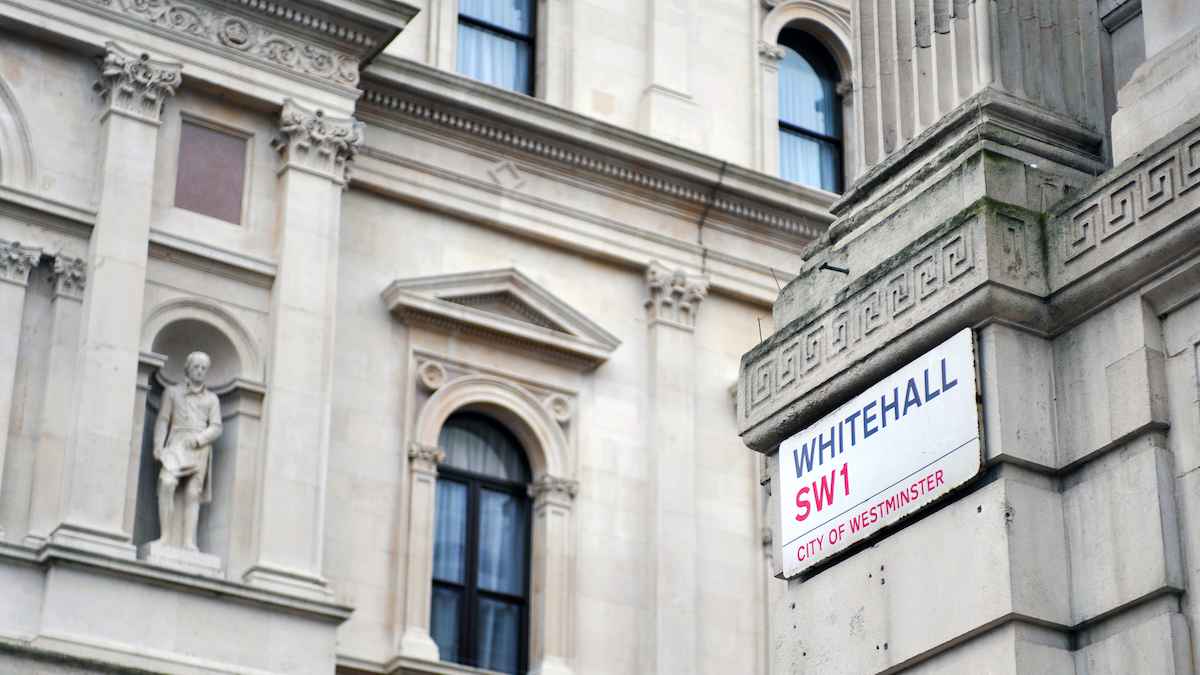 by Jo Faragher
Boris Johnson is reported to have told ministers at an away day that they must return civil servant numbers to those of 2016, reducing overall headcount by a fifth overall.

The government has been accused of breaking its promises to improve workers’ rights, as the employment bill was excluded from...

What does the P&O Ferries saga tell us about the rights of workers on and offshore in the UK?

Union leaders have called on ministers to assume control of P&O Ferries’ passenger and freight services in the light of multiple safety failures.

Planned redundancies rise 103% in one month

P&O Ferries owner DP World has withdrawn from the leadership team of a freeport project because of political pressure stemming from the P&O Ferries redundancies.

A former P&O Ferries chef is taking the company to an employment tribunal, claiming unfair dismissal, racial discrimination and harassment.

At the request of ministers the Insolvency Service has begun criminal and civil investigations into the P&O Ferries redundancies.

The Nautilus Union: ‘P&O has gotten away with it. There’s no fine, there’s no legal action, there’s only words and hot air.’

The government's plan to ask UK ports to block ferries from docking if they do no pay crews the UK minimum wage would not succeed, the docks industry has stated.

Unite threatens Royal Mail with industrial action over what it claims is a ‘fire and rehire’ scheme to replace managers.

Do the collective consultation obligations apply in relation to staff who accept voluntary redundancy?

Yes. In Scotch Premier Meat Ltd v Burns and others [2000] IRLR 639 EAT, the employer argued that employees who had accepted voluntary packages were not entitled to a protective award because they had not been dismissed in law.

The Employment Appeal Tribunal (EAT) in Scotland held that “where the whole background to the departure was determination by the employer to close a factory and make the employees inevitably redundant, the fact that some employees accepted a package as the means of effecting that decision does not in our opinion preclude a finding that there was a dismissal”.

The EAT agreed with the tribunal that the employer had called for volunteers in an attempt to avoid the duty to consult, and held that the terminations had not been mutually agreed.

Does an employee have the right to be accompanied at an ‘at risk’ meeting?

A Under the Employment Relations Act 1999, section 10, workers have the right to be accompanied by a trade union official or a fellow worker at a disciplinary or grievance hearing.

The standard statutory dismissal and disciplinary procedure applies to most redundancies that the collective consultation requirements do not apply to.

The Employment Act 2002, schedule 2, part 4, provides that a meeting held under the statutory dispute resolution procedures is a ‘hearing’ for the purposes of the statutory right to be accompanied.

This interpretation is consistent with the EAT’s reasoning in Heathmill Multimedia ASP Ltd v Jones and Jones [2003] IRLR 856 EAT. Jones and his brother were called to a meeting in December 2001, and given one month’s notice of dismissal.

An employment tribunal held that the reason for dismissal was redundancy, and that it had not therefore been appropriate to follow the disciplinary route in dealing with the matter. However, it held that the meeting had been a ‘disciplinary’ hearing within the meaning of the Employment Relations Act 1999, section 10.

If the reasoning outlined in Heathmill is correct, then an employee does not have the statutory right to be accompanied at a meeting held under the statutory dismissal and disciplinary procedure where the employer is contemplating dismissal on the grounds of redundancy.

There are, however, technical arguments that could be had about the correct interpretation of section 10, so the safest option is to allow employees to be accompanied at such meetings. This is also best practice, and helps to ensure a fair process.

Do the Information and Consultation of Employees Regulations 2004 have any impact on the duty to consult collectively?

Employers do not have to set up information and consultation arrangements under the regulations unless they receive a valid request from employees, or they wish to do so themselves.

As a general rule, the regulations will not affect an employer’s obligation to consult collectively under the Trade Union and Labour Relations (Consolidation) Act 1992.

In these circumstances, the employer will simply be required to inform the information and consultation representatives in writing that it will be consulting under the Trade Union and Labour Relations (Consolidation) Act 1992.

The DTI’s guidance on the regulations suggests that employers with a negotiated or pre-existing agreement may wish to include a similar provision in their agreement, so as to avoid being subject to different legal requirements to inform and consult about the same matter.

University woos women to IT with games course

The cost of jury service