The implications of placing staff under surveillance

By Personnel Today on 12 Sep 2012 in Employment law, Staff monitoring 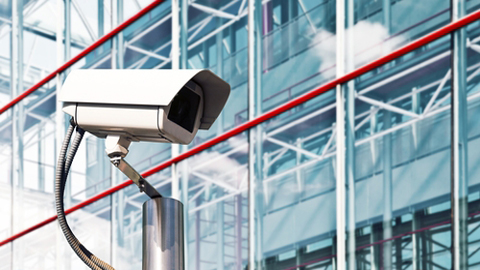 Britons face snooping on a wide scale, with surveillance common in both public places and at work. Thanks to technology it is ever easier to do, yet employers must ensure that they comply with legal and regulatory requirements before putting the heat on apparently errant employees.

Reliable figures for surveillance at work are not available. But it is a racing certainty that, thanks to surveillance technology, many employers monitor IT and phone usage. In addition, employers in manufacturing, retail and logistics, for example, where goods can be stolen, use CCTV and other monitoring methods to keep tabs on employees.

Many employees also steal company time by using workplace facilities for personal use. IT industry consultancy Gartner Group has predicted that around 60% of large companies will implement social media monitoring policies by 2015 to monitor employee usage, primarily for security reasons.

“The growth in monitoring employee behaviour in digital environments is increasingly enabled by new technology and services,” says Andrew Walls, research vice-president of Gartner. “Surveillance of individuals, however, can both mitigate and create risk, which must be managed carefully to comply with ethical and legal standards.”

If levels of surveillance are hard to quantify, there is plenty of evidence of employee crime and misdemeanour. According to the 2011 Global Retail Theft Barometer, for example, the total cost of UK retail crime last year was £5,429 million; £1,765 million of this was due to employee theft.

It is therefore no wonder that David Kearns, managing director of surveillance specialist Expert Investigations, says business is on the up. An ex-police detective, he founded the business 12 years ago and says that year-on-year turnover is up about 10%.

Kearns adds that he has seen an increase in long-term absenteeism cases where errant employees are using that time to run or start their own businesses using lists and products stolen from their employer.

“We’ve carried out hundreds of investigations. Because of the nature of the work we do, it’s not on a regular basis, rather it’s case by case. We work in the private and public sectors. That includes manufacturing, legal, logistics, services, etc.”

The types of cases investigated include fraud, both tangible and intangible, long-term absenteeism, harassment in the workplace or of other employees, breach of covenants and subversion in the workplace.

“That can include ID fraud,” says Kearns. “ID fraudsters will put a subversive, basically a crook, into an organisation where they can gain access to lists and personal details that they can use for fraudulent activities.”

He adds that many employers are not sure who should take charge when they suspect malingering or crime at work but that it usually ends up with the HR department.

“HR departments aren’t very aware of the legal niceties involved. We can walk and talk them through that. What we do is perfectly legal. We also know the points to prove and the definitions of theft, absenteeism, breach of contract, bullying in the workplace, etc. We make sure no investigation breaches any laws or regulations.”

Kearns and his colleagues will conduct surveillance and collect evidence using devices such as vehicle tracking widgets and body-worn cameras that may be hidden in MP3 players or key fobs. But they are not allowed to use such devices in the homes of suspects.

“It is important,” says the company, “to recheck the dynamic information in a candidate’s profile – for example, credit history, criminal record, directorships – to identify changes in circumstances that could pose a risk. Common practice is to rescreen employees, or a random selection of employees, annually as well as on promotion or change of responsibilities.”

Whatever surveillance employers undertake it comes with legal risks attached. Brendan Barber, TUC general secretary, says that employers “must comply with data protection and surveillance laws. They must tell staff about the types of information they hold, what they intend to do with it and if they are monitoring staff”.

Jo Broadbent, employment team counsel at Hogan Lovells, says it is easier to justify monitoring that employees are aware of than if it is covert.

She also says that being open makes it easier to take disciplinary action against an employee if monitoring reveals activity that breaches company policies. “The ‘Employment practices code’ recommends that employees are told exactly what use of email or internet systems is permitted. Being specific makes it more likely that a subsequent dismissal for serious misuse of systems will be fair.”

Employers that do not make it clear what phone and computer use is permitted are “more likely to face successful unfair dismissal claims if employees are dismissed for misusing company systems”.

Covert surveillance of employees should not be undertaken lightly. The Information Commissioner’s Office “Employment practices code” says such action should only be carried out if there are grounds to suspect criminal activity or serious malpractice is being undertaken by the employee(s) in question.

“In addition,” comments Broadbent, “it will only be justified if telling employees that the monitoring is going on will prejudice the reasons why monitoring is being carried out in the first place.”

Polly Rodway, associate at Reynolds Porter Cham­berlain, says that surveillance of staff outside the workplace can be legitimate if the employer can demonstrate that such action is “justifiable” and “proportionate”.

She says: “Surveillance will be deemed to be ‘justifiable’ if there are clear and credible facts to suggest that an employee is, or has been, involved in wrongdoing. For the surveillance to be ‘proportionate’, the employer must demonstrate that it did not go further than was necessary in its use of surveillance. The employer must also show that there was no other less intrusive method available to investigate the matter.”

Nikki Duncan, partner at Michelmores, warns: “Intrusive surveillance [ie within a residential area or where the person conducting the surveillance is present] should only be utilised where national security or serious crime is involved, so most employers should not be involved in this.”

The employer’s position is stronger, says Rodway, if its disciplinary procedure states that surveillance of employees outside work may be used during disciplinary investigations. She says it is also wise to get the permission of senior management in writing and to keep records “of the process and considerations behind the decisions to use surveillance”.

She adds: “Following the surveillance, and where relevant, any footage that is obtained should be reviewed by an appropriate expert, such as an occupational health doctor, and once the employee is informed of the covert surveillance, he/she should be given a chance to respond to the evidence which has been obtained in this way.”

Specific risks from employee surveillance may include:

Duncan says: “It is worth noting that there may be reputational risk involved in this area because certain breaches may be newsworthy – especially if they reach the radar of campaigning groups such as Liberty – and this may provide increased incentive to take a cautious approach.”