By Personnel Today on 25 Feb 2013 in Employment law, HR practice, Bullying and harassment 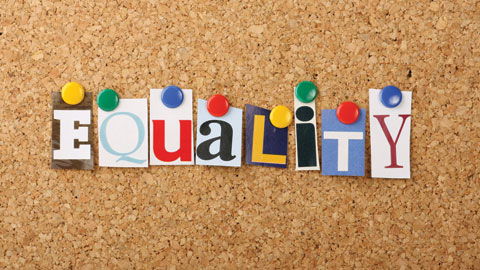 Despite overwhelming opposition, the Government is pressing ahead with the repeal of the third-party harassment provisions in the Equality Act 2010 – a serious blow in the broader context of promoting equal opportunities within the workplace, say employment lawyers Jonathan Exten-Wright and Jan Colhoun.

The coalition Government’s “Plan for growth” in 2011 announced the intention to consult on the removal of “the unworkable requirement in the Equality Act for businesses to take reasonable steps to prevent persistent harassment of their staff by third parties”.

So, what is the background to this statement? Under the Equality Act 2010’s existing terms, employers can be liable for harassment of their employees by third parties such as customers or visitors where:

Following consultation, the Government confirmed in October 2012 that the third-party harassment provisions were to be repealed with effect from April 2013, despite an overwhelming 71% of respondents to the consultation opposing repeal. It asserts that no evidence exists that the provisions serve “a practical purpose” or are “an appropriate or proportionate manner of dealing with the type of conduct that they are intended to cover”.

The Government’s justification does not appear to take account of the deterrent effect of such a provision. Further research establishing more statistical evidence is needed in respect of the number of claims brought and those that make it as far as tribunal. It also remains doubtful whether or not the legal remedies suggested as an alternative route of redress are sufficient and appropriate.

Far from minimising the burden on employers in reducing legislation, removal of the provisions could result in greater uncertainty, with employers unsure of their legal obligations and employees seeking different avenues of redress.

The third-party harassment provisions, with their “three strikes” rule – where there have been three incidents of harassment and the employer was aware of these and had not taken “reasonable steps” to prevent the harassment – and a failure to provide remedy where, for example, a customer repeatedly harasses different members of staff rather than repeatedly harassing the same employee, are far from perfect. That said, some believe the provisions’ very existence has helped cultivate an expectation that employers ought to accept responsibility for ensuring their staff are not subjected to harassment from third parties.

The “reasonable” caveat incorporated into the provisions should reassure employers concerned about unduly onerous obligations. Should harassment continue where a business has taken steps to prevent such conduct, that business will not be found liable.

It is important to remember that before the employer’s duty to take such steps as are reasonably practicable to prevent continued harassment of an employee kicks in, the employer must have knowledge that the employee has in the course of his or her employment been harassed by a third party at least twice. Reasonable steps might include the introduction of a harassment policy or notifying third parties that harassment will not be tolerated.

Recognising the difference between protection from discriminatory harassment under s.40(2) and other harassment informs most criticism of the planned repeal for the following reasons:

The only remedy that recognises the nature of discriminatory harassment linked to the employee’s protected characteristics is the recourse available in accordance with the remaining general harassment provisions in the Equality Act. Unfortunately, these make no explicit reference to employer liability and it remains unclear as to how, if at all, they would be used to cover acts of third parties.

The Government finds the outgoing provisions “unworkable” despite the majority of respondents to the consultation opposing the change and with no obvious detriment to keeping this protection in place. The repeal also arguably sends out a strange signal in
the broader context of promoting equal opportunity and protection from harassment.

Jonathan Exten-Wright is a partner and Jan Colhoun an associate at DLA Piper LLP.