Top five mistakes made by employers when dismissing staff 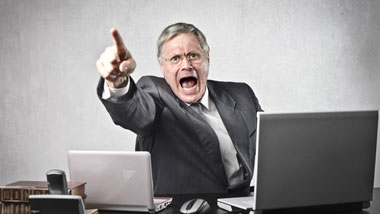 Dismissing an employee is one of the most difficult things that an employer has to do. The cost of making mistakes during the dismissal process can be extremely high, not just in financial terms but also in terms of employee morale and the hours spent dealing with any fallout. It can even lead to defending an unfair dismissal claim in the employment tribunal.

According to Max Winthrop, employment partner at Short Richardson & Forth LLP and XpertHR contributing author, many employers make the same, avoidable, mistakes during the dismissal process.

1 Not spelling out the allegations against the employee properly. Concentrate on setting out the actual conduct that you are alleging the employee has committed before you decide what the potentially fair reason for dismissal is. Also, make sure that the allegations encapsulate your real concerns about the conduct. If, for example, dishonesty is at the heart of your concerns, state this.

4 Focusing on evidence that incriminates the employee and ignoring evidence that may point to his or her innocence. Resist the temptation to treat any disciplinary matter as an “open-and-shut case”, even when the evidence against the employee seems utterly compelling. Ensure that any explanation offered by the employee is investigated properly.

5 Failing to conduct an appeal or conducting a flawed appeal process. Don’t get caught up in the technicalities of the employee’s stated grounds for appeal – allow the employee to present his or her case as he or she would have liked to present it in the first instance.