Do the TUPE 2014 changes cut red tape for employers?

By John Charlton on 7 Apr 2014 in Employment law, TUPE 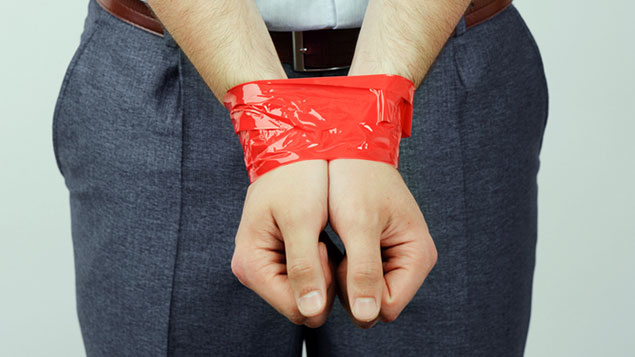 John Charlton looks at the recently amended Transfer of Undertakings (Protection of Employment) (TUPE) Regulations 2006 and asks whether or not employers will benefit from the changes.

Trade unionists’ claims that recent amendments to the TUPE Regulations will seriously weaken employees’ protection appear to be an overreaction. The changes may make it easier for employers to transfer employees and harmonise terms and conditions, but not markedly so.

The grandly termed Collective Redundancies and Transfer of Undertakings (Protection of Employment) (Amendment) Regulations 2014 came into effect on 31 January 2014. However, some clauses come into force at a later date – for example, the clause that extends the deadline for transferor employers to give information about transferring employees from 14 to 28 days does not apply until 1 May 2014, and from 31 July those micro-businesses with fewer than 10 employees involved in a TUPE transfer can hold consultations with employees directly rather than with their representatives.

Overall, the amending Regulations 2014 apply when a business is sold, or when activities are outsourced or brought back in-house. They do not apply if shares, assets or equipment are transferring to a different owner.

For the service provision Regulations to apply, the services provided post-transfer must remain more or less the same as pre-transfer. That applies to scenarios where the client takes outsourced services back in-house. The employees affected must also be an organised group.

Moving transferred employees to a new location is typical of many deals that fall under TUPE, and it is a grey area whether or not it is a fair reason for dismissal. The amending Regulations have tried to clarify the matter by designating a change in location as an economic, technical or organisational (ETO) reason for dismissal, as long as the dismissal is fair.

Jane Green, partner at Maclay Murray & Spens, says this will involve “going through a normal redundancy consultation exercise, which can now provide a defence against an unfair dismissal claim”.

Changing terms and conditions of transferred employees remains a complex area, and one that may well require legal advice. TUPE is derived from the 2001 EU Acquired Rights Directive, designed to protect transferring employees’ terms and conditions, so there is limited scope to simplify and amend the Regulations – especially to employers’ tastes.

Varying terms and conditions of transferred employees may be valid for an ETO reason, if the employer is allowed – for contractual reasons – to make changes anyway or if a new development arises. Another change is that redundancy consultations may be undertaken pre-transfer by the transferee as long as the transferring employer agrees in writing.

And finally, there is some good news for those responsible for HR and payroll systems. The time period allowed for the outgoing employer to provide employee liability information to the incoming employer has been extended from 14 to 28 days.

“Making relocation a potential ETO reason that avoids automatic unfair dismissal, and removing from micro-businesses with fewer than 10 employees the obligation to elect employee representatives for information and consultation purposes, certainly makes life easier for employers – as does the ability, with the existing employer’s consent, to start collective redundancy consultations before transfer,” he says.

“That said, TUPE is just as dependent on the particular facts as ever it was when it applies to a given situation.”

Wynn-Evans believes “only time will tell” if the amendments to Regulations concerning dismissals and changes to terms and conditions “will make a practical difference”. He also warns that doubt remains as to whether or not changes to employees’ contracts linked to TUPE transfers will be valid in terms of complying with case law related to the Acquired Rights Directive.

For Julian Cox, a partner at Fletcher Day, the “most significant” amendments are those that apply to service provision changes, which state that TUPE applies if the services carried out after transfer are fundamentally the same as pre-transfer.

“This ought to introduce greater scope for an incoming contractor to argue that TUPE does not apply,” Cox says.

He also believes ambiguity persists in the 2014 amendments, especially relating to dismissals and contract variations post-transfer and by reason of the transfer: “If past case law on TUPE is anything to go by, interpretation of whether changes to contracts of employment in a given situation were made by ‘reason of the transfer’ will become a potentially rich source for arguments before tribunals and courts.”

What tends to be most challenging for transferee employers is harmonisation of terms post-transfer, especially if that involves collective bargaining. The central tenet of TUPE is to protect transferring employees’ terms and conditions.

Green counsels caution on the part of transferee employers: “Harmonisation is still not possible without considerable legal exposure.

“Changing collective agreements will also still not be straightforward, given the requirement to ensure that any changes one year or more post-transfer must still ensure that the overall package is broadly equivalent. The rules around allowing formal collective consultation pre-transfer are quite technical, and future claims relating to non-compliance are likely.”

She also warns employers to be careful if they seek to change services provision in order to get around TUPE, as “they may find they are challenged as now”.

As far as changing terms and conditions goes, however, the 2014 amendments give transferee employers a little more wriggle room.

“Employers may be cautious about relying on this wording until the courts or tribunals clarify when a harmonisation exercise is for the principal reason of the transfer, as opposed to being ‘connected’ with the transfer. The European case law certainly focuses on the timing of changes, and the closer in time to the transfer the more readily a link to the transfer might be established.”

But the 2014 amendments allow variations to transferring employees’ terms and conditions provided there is an ETO reason and the employee agrees to the changes, or if his or her contract allows change.

“Given how narrow these exemptions are,” Palmer says, “it is likely that the old approach of seeking to allow sufficient time to elapse before implementing changes will remain common.”

Dismissals will still have to take place post-transfer, but as Palmer points out: “It is still the case that the transferee must have its own ETO reason for dismissing any employees. A genuine redundancy situation after the transfer can be an ETO reason.”

If it is a case of seeking to dismiss individual employees, then it would be wise for the transferee employer to treat them as its own employees for consultation purposes. This may involve pooling transferring at-risk employees with existing ones to reduce any risk that a dismissal of a transferring employee is unfair.

The amendments are unlikely to reduce the hassle factor in transfers subject to TUPE. The fact is that the Government’s hands are tied by the EU legislation which, as Julian Cox, a partner at Fletcher Day, points out, “means there is only so much room for manoeuvre”.

“For many employers the new TUPE rules still do not go nearly far enough,” he says. “The spirit and essence of TUPE remains very much intact.”

For the CBI, the 2014 amendments are “a step in the right direction”. But Roger Wall, the CBI’s head of education and employment, says that “they are a classic example of well-intentioned Regulations that can lead to negative outcomes because they are too prescriptive”.

He adds that the reform that businesses “really need” is one that gives employers more scope for the harmonisation of terms and conditions of acquired employees with existing ones. Not being able to do this leads, he claims, to employers having to treat groups of employees differently, which can create employee relations issues.

“There is a need for employers to be able to harmonise terms that are different, but no less favourable, without falling foul of the law,” Wall says. “This requires change to the underlying European directive.”

One Response to Do the TUPE 2014 changes cut red tape for employers?