By Dr John McMullen on 30 May 2017 in Service provision changes, Employment law, TUPE 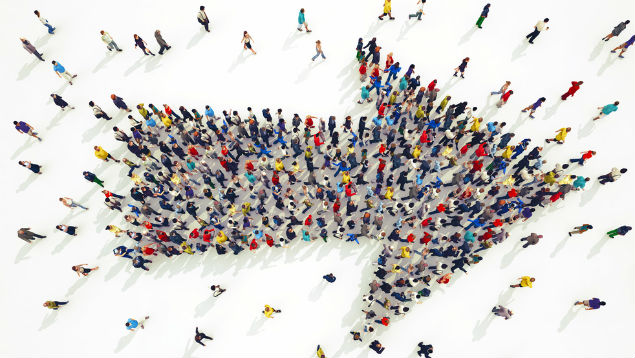 The case of Tees Esk & Wear Valleys NHS Foundation Trust v Harland.underlines the principle that for TUPE to apply in a service provision change there must be an organised grouping of employees whose principal purpose is to carry out the activities being transferred. Dr John McMullen explains.

The concept of service provision change under the Transfer of Undertakings (Protection of Employment) (TUPE) Regulations 2006 is, at first glance, very flexible. It includes any case where activities cease to be carried out by one organisation on behalf of a client (or by the client on its own behalf) and, are instead, carried out by another organisation on that client’s behalf.  But there is an important condition to this protection.

In order for there to be a service provision change TUPE transfer within the meaning of TUPE, reg 3(1)(b), there must be, by virtue of reg 3(3)(a)(i), prior to the change of provider, an organised grouping of employees, the principal purpose of which is to carry out the activities concerned on behalf of the client. The approach to be adopted to the determination of “principal purpose” was the issue in Tees Esk & Wear Valleys NHS Foundation Trust v Harland.

In this case, the claimant employees were employed by the Trust as part of an organised grouping of employees assembled to look after CE, an individual in the care of the Trust.  CE’s condition later improved to the extent that the care he needed reduced from a seven-to-one team to one-to-one care. The rest of the team, however, continued to maintain its identity as a grouping, albeit that its members were by now working for other service users, also under the Trust’s care, at the same location.

Then the contract to provide care for CE was taken over by Danshell Healthcare Ltd.  The Trust argued that TUPE applied, and that all the original employees assigned to the team organised to care for CE should transfer to Danshell.

Danshell disagreed (as did the claimant employees concerned, who wished to remain NHS employees).  But Danshell “reluctantly” agreed to employ some employees whom the Trust was refusing to treat as still in its employment. This amounted to three employees whom Danshell regarded as sufficient to care for CE, but not the entire team of 11, as contended by the Trust. The dispute about the status of the remaining employees and the identity of their employer arrived at the employment tribunal.

The employment tribunal considered that there was a change in service provision (the care for CE). It also accepted that there was an organised grouping of employees assembled to provide that service. But by the time of the change in provision the principal purpose of that grouping had been diluted to the extent that it was now no longer the provision of care to CE. There was therefore no service provision change TUPE transfer and the claimant employees remained at all times employed by the Trust.

The Employment Appeal Tribunal (EAT) agreed. The correct question to ask was: “What did the organised grouping have as its principal purpose immediately before the service provision change?” Allowing for the fact that the purpose may change over time, the employment tribunal concluded that the purpose had indeed changed at the point before the change in service provision.

This decision repeats the advice given by the EAT in Amaryllis Ltd v McLeod in 2016. In that case the EAT also confirmed that, not only must there be an organised grouping of employees with the principal purpose of carrying out a client contract, the purpose of that group must be viewed at the point immediately before the transfer, and not on an historic basis.

Quite often, an organised grouping of employees is assembled to service just one contract for a client. But it may diversify over time. In Amaryllis a company started off in life to service just one contract from a client, and applied all of its resources to delivering that contract. But then it diversified, gaining new business, and additional clients. Its employees were no longer organised for the “principal purpose” of carrying out the original contract.

The requirement that the principal purpose of an organised grouping of employees must be looked at at the point immediately before the transfer is written in plain language in regulation 3(3)(a)(i) of TUPE.

As the Court of Appeal in Hunter v McCarrick explained, the service provision rules under TUPE (which are independent from the rules in the European Acquired Rights Directive) must be given their plain, straightforward and common sense meaning. There are no grounds for giving the language of the UK service provision change rules any artificial or expanded meaning.

Dr John McMullen is a partner in Wrigleys Solicitors LLP and author of Business Transfers and Employee Rights.