TUPE service provision change: lay off does not prevent organised group of employees 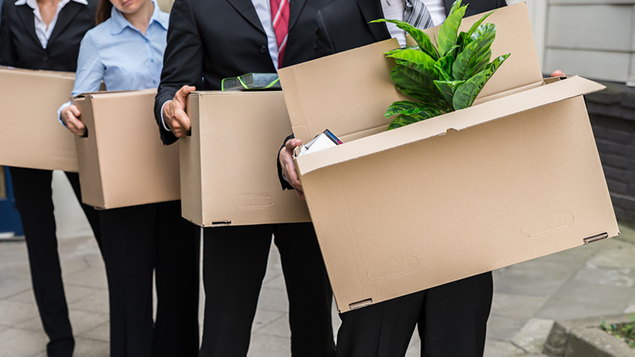 Laying off employees before a service provision change does not necessarily prevent them from transferring to the new employer under TUPE. Lindsay Macdonald reports on a recent case at the Employment Appeal Tribunal (EAT).

Third party cannot dictate whether or not an employee is “assigned”

One of the conditions that must be satisfied to enable a service provision change is the existence, immediately before the transfer, of an organised grouping of employees whose principal purpose is to carry out the relevant activities.

Contractor Thomas Vale engaged Inex Home Improvements Ltd as a sub-contractor to work on a particular contract. The work was released by Thomas Vale to Inex in tranches, each with an individual works number.

Inex’s employees were employed on the terms of the Construction Industry Joint Council Working Rule Agreement. The agreement provided that, where work temporarily ceased or was not provided by the employer, the employees may be temporarily laid off.

In these circumstances, the employees would receive remuneration for a limited period of time and would be required to register as available for work at their local Job Centre.

This meant that there was, at least temporarily, no work available for Inex’s employees. The employees were temporarily laid off under the terms of their employment contracts.

In January 2013, the contractor engaged a new company to carry out the work and the sub-contractor contended that this amounted to a service provision change under reg.3(1)(b) of TUPE because the employees were an organised grouping whose principal purpose was carrying out work for the contractor.

The employment tribunal found that, notwithstanding the fact there had been a service provision change, the employees could not be classed as an “organised grouping of employees” because their activities had ceased prior to January.

The sub-contractor asserted that laying off employees in line with their contracts of employment did not prevent the operation of TUPE and that the employees’ employment would have transferred under TUPE to the new sub-contractor.

On appeal, the EAT determined that TUPE does not require the organised grouping of employees to be engaged with the relevant activities immediately before the transfer.

In coming to its decision, the EAT took into account that the cessation of work was temporary and this was evidenced by correspondence from Inex to the employees.

The EAT also considered the purpose of TUPE, in particular protecting continuity of employment, and asserted that there would be widespread ramifications if every time a group of employees were laid off, it lost its cohesion as an organised grouping.

The EAT stressed that every case will be dependent on its own facts. However, the EAT suggested that the purpose, nature and length of the cessation of work will be relevant in determining whether or not an organised grouping continues in existence.

Employers who carry out their activities through sub-contractors should be aware that a change of sub-contractor will not necessarily result in a change of the group of individuals who ultimately perform the work, even if there has been a cessation of the work ordinarily provided to them.

Where an employer engages a new sub-contractor, the employment contracts of those employed by the previous sub-contractor may transfer by operation of TUPE.