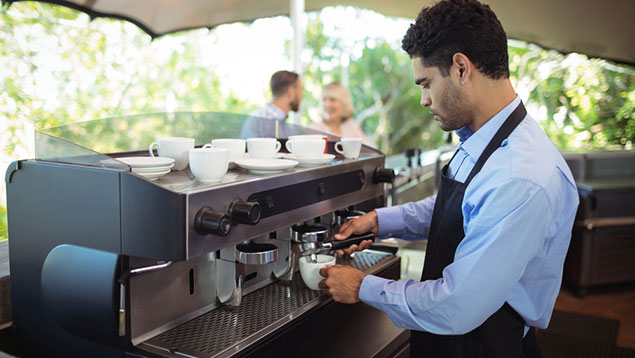 There has been a “reversal” in the number of migrants in workplaces as both EU and non-EU workers lose interest in coming to the UK to work.

The CIPD’s latest Labour Market Outlook (LMO) claims that UK employers have suffered a “labour supply shock” thanks to a drop in the number of non-UK born workers coming here for work, particularly non-EU workers.

Recent figures from the Office for National Statistics found that the number of non-UK-born workers in the UK fell by 58,000 in the 12 months to June 2018 compared with an increase of 263,000 over the previous 12 months.

The CIPD’s autumn survey of 1,000 employers found that seven in 10 reported recruitment difficulties, up slightly from the 66% reporting hiring issues in the previous quarter. The proportion of organisations with hard-to-fill vacancies was 43%, up from 40% in the summer LMO report.

The share of employers reporting that recruitment pressures had got worse was higher in the public sector (56%) than the private sector (41%). Only 4% overall said recruitment had become easier.

Hiring difficulties have placed upward pressure on wages, according to the CIPD, with many increasing salaries in response.

In terms of hiring intentions for the final three months of 2018, 71% of organisations plan to recruit employees during this period. Recruitment intentions were highest in the healthcare sector, rising from 77% to 89%.

The number of employers planning to make redundancies during this period is 18%, down from 20% in the third quarter of the year.

Looking ahead to after Brexit, the CIPD found many employers had expressed concerns about their ability to recruit low-skill, low-pay workers, given the government’s proposals to extend the points-based system currently in use for non-EU migrants.

Many said the Youth Mobility Scheme, proposed as a solution for those sectors that recruit low-skilled workers and allows individuals to work in the UK for up to two years, would not be enough for their needs.

“It is good news for workers and jobseekers that the labour market is operating at or close to full capacity. However, the downside is that rising skill and labour shortages will lead to higher workloads for some workers,” said Gerwyn Davies, senior labour market adviser at the CIPD.

He added that employers needed to look into “more sophisticated HR and management practices” – for example, increasing training in areas of skills shortage, while the government needed to make better use of the National Productivity Investment Fund to improve how skills are used at work.

Figures released today from job site Indeed found that the three most popular roles EU jobseekers look for in the UK are foreign language teacher, business development intern and bilingual sales executive, all of which would fail to hit the likely £30,000 salary threshold under the proposed post-Brexit immigration regime.

Indeed also revealed that one in 10 enquiries about technology jobs in the UK comes from applicants outside the UK, with interest strongest from non-EU countries.