CIPD ACE 2018: Are employers putting enough trust in their staff? 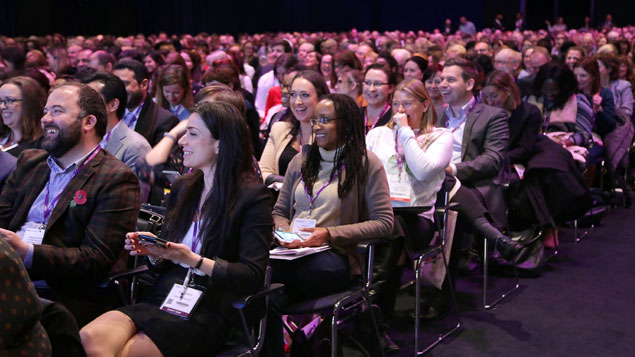 Agile working is often pitched as the solution to the UK’s productivity and engagement issues, but do employers trust staff enough to deliver what is needed? Or are current flexible working policies too restrictive? Ashleigh Webber reports from the CIPD annual conference and exhibition.

Agile working has become one of the latest trends in HR, with most organisations recognising that the traditional 9-5 is simply no longer what the workforce wants.

However, in order for employers to embrace flexible working and the benefits it offers, HR first needs to solve the issue of trust that exists between employees and managers.

John Amaechi, psychologist and former NBA basketball player, told delegates at the CIPD’s annual conference and exhibition this week that employers are increasingly treating their workforce like “things” and not human beings, eroding the trust needed to maintain a successful and productive organisation.

“We treat our people like vending machines… not as individuals who can deliver so much more. We’re in this weirdly disruptive time where we need people to deliver more than their job description in order for us to thrive.

“We have a productivity problem in this country. And it’s not going to be helped by making people deliver less and feel less connected.”

As research commissioned by the Oxford Open Learning Trust found, 55% of jobseekers saw working hours as the most important factor when considering which jobs to apply for, second to salary (64%).

But many agile working policies are restricted by rules and procedures that can limit potential and mean that many staff who want to work flexibly are unable to.

Some might feel that strict parameters are a sign that they are not fully trusted. In some organisations, there is still a culture where employees must be seen to be at their desk, otherwise they are not considered to be working.

“We’ve got to shift the mindset, empower people and give them accountability,” suggested Peter Cheese, CIPD chief executive.

“We need to say that if you’re going to work flexibly, part of that accountability is with you connecting in the right ways, rather than giving you a whole bunch of rules about when you’re supposed to be around.

“HR too much in the past has thought of itself as a controlling function, so has created all these policies and rules, which don’t engender any sense of trust.”

We have a productivity problem in this country. And it’s not going to be helped by making people deliver less and feeling less connected” – John Amaechi, psychologist

He said that some organisations were still biased towards promoting those who work in the office full time, because those staff were more visible to their manager than somebody who worked remotely or part time.

Training managers was part of the solution, he suggested, especially around trusting staff to be responsible for their own output. “I think L&D needs to be seen as one of the most strategic competencies for businesses to be able to be agile and adaptive… whether that is about skills or organisational culture. When we talk about ideas like trust and empowerment, agile businesses work because everybody’s trusted.”

However, organisations need to be careful not to put too much responsibility in employees’ hands, especially as advances in technology have meant we live in an “always on” world where work email can be accessed at any time.

“Some organisations have gotten rid of holiday allowance, because if you really want to entrust people you can ask them to figure it out and set broad parameters… but actually what happens is people take less holiday, because [they’re] now accountable,” Cheese said.

Having a strong set of values can be one way to encourage a culture of trust within an organisation. Rebekah Ayres, director of people and organisation development at HM Revenue and Customs, said it had asked its staff to help develop its values, with “respect” and “trust” being put forward. These now underpin every decision it makes.

Yet, trust works both ways. Some speakers suggested that the rise of flexible working arrangements, such as zero-hour contracts, meant trust in business was being eroded.

Mayor of Greater Manchester Andy Burnham said the government and employers needed to put firm foundations beneath all working people to restore trust.

“I don’t think you can build a strong economy without investing in people and really bringing through the best they can do,” he said.

“I cannot justify a system that says to some people, we’re not going to tell you how many hours you’re going to work from any one week to the next.

“What should be the basic components of good work in the 21st century? It’s partly about pay…but it’s also about security.”

This change in the way many people work is one of the reasons why the CIPD developed its new profession map, which was launched at the conference. The map encourages HR professionals to make decisions that will have the greatest impact on their people – which the map describes as its “purpose” – considering the organisation’s values, HR’s professional and specialist knowledge, and core behaviours.

Cheese said decisions should be “principles-led, evidence based and outcomes driven” and should be made with the individual organisation in mind, as sometimes examples of best practice or what works at one organisation would not translate easily into another.

HR too much in the past has thought of itself as a controlling function, so have created all these policies and rules, which don’t engender any sense of trust” – Peter Cheese, CIPD

“The world has moved on from best practice and a standard model. We have to think very much from the context of the organisation we are in, and then go back to the very fundamental knowledge from which we can drive outcomes,” he told Personnel Today.

“At the heart of [the evidence] is people and we need to make sure the profession is thinking in those ways particularly.

“It equally applies to business leaders as HR. But HR in particular has a significant transition to make  sure we are basing what we do on a stronger sense of evidence, clearer sense of the outcomes we are trying to drive and that we are led more by principles and not just by rules and processes.”

If organisations start to think more about what will get the best out of their people, such as trusting them to deliver their work in a way that suits them, then they could start to see more engaged and committed staff.