When the government introduced the apprenticeship levy in 2017, the stated aim was to increase the uptake of this historically popular form of vocational training, to fill skills gaps which could worsen after Brexit. The reality has been somewhat different. 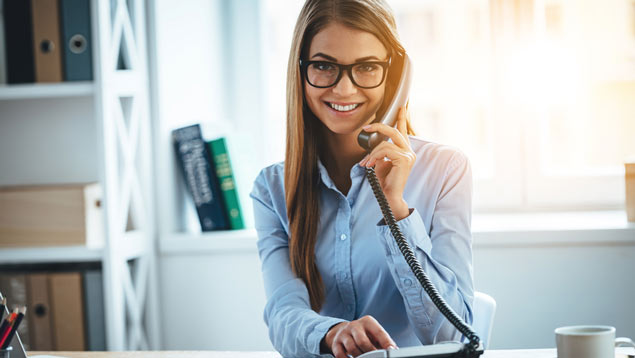 19 July 2018, now available on-demand
Register now to find out your business could get the cost of its apprenticeships covered

Recent figures from the Department for Education indicate a 28% decrease in the number of apprenticeships taken up in the 2017/2018 academic year.

The apprenticeship levy is clearly not functioning to encourage employers to invest in apprentices in their respective businesses. It is also being widely perceived as a further tax on business who complain the funds raised do not cover the training costs they incur.

When we see companies stating the maximum allowance (£15,000 per head) is insufficient to cover complex apprenticeship costs and that they are contributing more than they receive, we need to think again.

Why focus on apprenticeships?

Apprenticeships are work-based training programmes, leading to nationally recognised qualifications, which can attract staff in to the workforce.

They are available to anyone who has reached the school leaving age and are often viewed as an alternative to obtaining a university degree to obtain relevant qualifications.

In return, businesses get the benefit of stable staff for several years who are growing in skill.

In 2015, the government set a target to have 3 million new apprentices by 2020. The levy was introduced in April last year, to raise £3bn a year to fund better training.

It applies to all employers which have an annual wage bill of over £3 million per annum, as well as employers who are enrolled on the statutory apprentice scheme. These employers must contribute 0.5% of their payroll towards the levy and they receive an allowance of £15,000 to offset against their levy payment.

The failings of the apprenticeship levy

Insufficient funding available
Sir John Timpson, chairman of shoe repair chain Timpson, has publicly decried the levy as “nothing but a tax” and other retail employers have been similarly vocal. The reality is that the maximum allowances for apprenticeships do not cover the full cost of training. The government recently released figures for funding bands revealing that the cost of certain advanced apprenticeships is beyond the allowance available.

There is also concern that employers are often net contributors, paying more into the scheme, than they receive for funding apprenticeships in their organisation. The bottom line for them is that they would have been better off before when they “controlled their own destiny”.

We’ve seen Christopher Nieper, managing director of luxury fashion brand David Nieper identify there aren’t any training courses in his local area for sewing or garment technology and his business is unable to use the levy money towards its own in-house training.

This concern is echoed by many employers who are waiting on a number of training programmes which are yet to be certified by the government. This delay is affecting employers financially as they are sometimes paying out for the course as well as making their levy contributions. The result is many employers are calling for the government to allow them to offer their own bespoke training to their apprentices.

Perhaps we can look at other countries with successful apprenticeship schemes for inspiration. In Germany, around 60% of the young people enter a “vocational training programme” as an alternative to university education. Given that the country’s unemployment rate for 15- to 24-year-olds is 6.7 % compared to the average 17.3% across EU member states, it is clear that the scheme is quite successful.

Indeed, of the thousands of young people undertaking schemes at Mercedes-Benz or BMW, nine out of 10 will obtain a permanent job and others may be offered short-term contracts, Whilst impressive, replication may not be the answer.

Susanne Burger, deputy head of international co-operation at Germany’s Ministry of Education and Research considers the key to the success of an apprenticeship scheme is “strong co-operation between government, the business community and social partners.”

What is the future of the apprenticeship levy?

The benefits apprenticeships offer businesses are being overshadowed by the difficulties still surrounding their implementation. The levy has exacerbated the existing concerns and failed to address the decline in their use. The government is aware of and had sought to tackle the decline in talent and matching skills to business need.

Despite other distractions, we must now press for them to take action to ensure that apprenticeships are fully utilised and meet the needs for an ever changing workforce.

Melanie Stancliffe is an employment partner at Irwin Mitchell.

From experience, the complexity and inflexibility of the scheme means that it is easier and more cost effective to employ a trainee in a low grade position rather than comply with the requirements to obtain the funds. 20% of a trainees time has to be spent off the job and the spend is restricted to approved vendors and courses etc. making training more expensive than would be commercially available.This means that the levy is just looked on as an extra tax that limits the amount that employer can spend on manpower, the opposite to the intended effect.

Half of employers want to replace apprenticeship levy...

B&Q and Screwfix pay to rise from April

Kickstart is ‘chaotic’ and failing employers and young...

Apprenticeships to unlock potential for prisoners