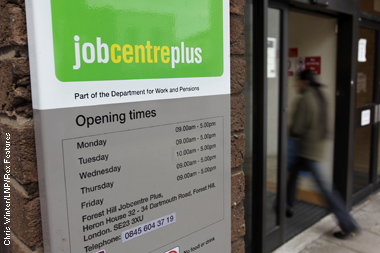 Job opportunities were 17% higher in December 2011 compared with the same period in 2010, and were more than one-fifth higher than in December 2009, according to figures published today by reed.co.uk.

The most recent Reed Job Index data highlights growth in demand for new staff in 2011 compared with 2010. According to Reed, this trend was largely driven by demand for technical staff, such as engineers and IT and telecommunications specialists, with an annual increase in job vacancies of more than 40% across these roles.

At the same time, demand for staff in construction, accountancy, sales, leisure and tourism all rose at rates higher than the average 17% increase.

Unsurprisingly, decline was reflected in the figures for public sector activity, with demand in that sector 15% lower than during the same period in 2010, and at one-third of its 2009 level.

Meanwhile, demand for staff in financial services fell slightly in December 2011 to a little below its level of 12 months earlier, although it is still above its level two years ago when the index began.

Seasonal drops in vacancies across many sectors brought about month-on-month falls in December compared with November, although the downwards trend was bucked by activity in the hospitality and purchasing sectors.

The Reed Job Index is compiled through analysis of job advertisement trends among more than 100,000 jobs from more than 8,000 recruiters throughout the UK, tracked against a baseline set in December 2009.

Martin Warnes, managing director of reed.co.uk, said: “The year-on-year increase in demand for new staff is particularly striking against the backdrop of economic turmoil of the last few months. The traditional seasonal drop in recruitment activity in December has had its impact against the two-year highs recorded in November, but the fact that the number of new job vacancies on offer remains 17% higher than 12 months ago is significant. Skilled technical staff in traditional areas of heavy industry, like engineering, have been especially sought after, alongside IT, telecommunications, leisure and tourism staff.

“Certainly, employers have become more cautious as 2011 draws to a close and it is impossible to predict the impact of any new economic challenges that lie ahead. However, right now, UK employers are not only investing in new talent to fill their immediate needs, they are clearly planning for growth in 2012.”