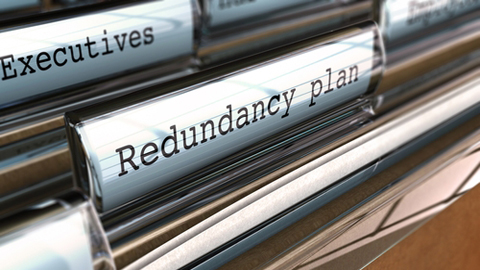 Important changes to the law on collective redundancy consultation come into force on 6 April 2013 – or do they? The implementation order for these new rules creates considerable confusion about exactly when the new regime applies, leaving employers making large scale redundancies over the next couple of months at risk of litigation and potentially very significant liabilities. Employment lawyer Christopher Mordue explains the problem.

Currently, an employer proposing to dismiss 20 or more employees by reason of redundancy over any 90-day period has to carry out collective consultation, for example with recognised trade unions, before deciding that the redundancies should proceed. Consultation must cover ways and means of avoiding the dismissals, reducing the number of dismissals and mitigating their impact. A critical feature of this legislation is the “notification period” – a minimum period which must elapse between the start of consultation and the first dismissal. Any dismissal within this period triggers liability for a protective award of up to 90 days’ gross pay per employee.

The first reform reduces the notification period from 90 days to 45 days, where 100 or more redundancies are proposed. A 30-day period applies in cases of 20 to 99 redundancies. Good news for employers – business change can be implemented more speedily and the uncertainty generated by lengthy consultation periods is reduced.

So far, so good. But the new rule applies where an employer “makes a proposal” on or after 6 April 2013 for 100 or more collective redundancies. This concept of “making a proposal” is brand new, with no counterpart at all in the existing legislation. No one actually knows what “making a proposal” involves – is it a proposal to the employees, to the unions or even an internal management recommendation? The legislation gives no answer.

The more important problem is that this wording doesn’t match up with the current trigger for consultation, creating confusion about which notification period applies. Under current rules, the obligation to consult arises when an employer “proposes” collective redundancies. Case law has treated this as meaning a state of mind on the part of the employer – more than mere contemplation but short of an actual decision – rather than the act of making a proposal.

Assume that an employer’s state of mind on 4 April 2013 is such that it is “proposing” 100 or more redundancies, but a formal redundancy proposal is only made to the unions on 8 April. Is a 90-day notification period triggered on 4 April and must the employer still observe this? Or does the act of making the proposal after 6 April allow the employer to apply the new 45-day notification period instead? Employers that announce redundancy proposals immediately after 6 April may well face litigation about whether or not their plans had crystallised into proposals before this transition date, taking us into areas that case law currently cannot answer.

In summary, this is a mess – and a wholly avoidable one. Three little words create a host of unanswerable questions, simply through a failure to match up the new rules to the existing law. The problems are admittedly short-lived – by June or July it will be clear that the new regime applies. But for employers making collective redundancies in April, this matters a great deal. Gambling the wrong way on whether the 45-day notification period applies could mean exposure to a protective award of between 45 to 90 days pay for each of 100 or more employees. That’s a heavy price to pay for poor drafting. Changes to employment legislation will continue to come through thick and fast over the next 12 months. What everyone wants is precise drafting and clarity about when the new rules apply. This unnecessary muddle over collective consultation reform generates little confidence that that will be delivered.

UPDATE – 5 April 2013
The Department for Business, Innovation & Skills has confirmed to Personnel Today that the final version of the Trade Union and Labour Relations (Consolidation) Act 1992 (Amendment) Order 2013 will not vary from the current draft. Therefore the issue about whether the act of “making a proposal” differs from the situation to “where the employer is proposing to dismiss” remains.

Christopher Mordue is a partner at Pinsent Masons. This article was first published on 13 March 2013 and updated on 5 April 2013.