Abolition of tribunal fees: Next steps for employers 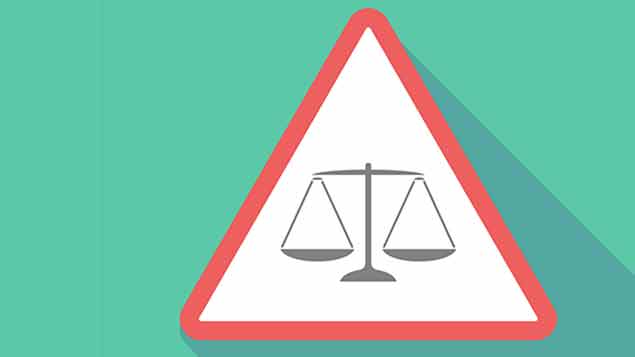 What does the Supreme Court decision declaring tribunal fees unlawful mean for employers on a practical level? Camille Renaudon, a partner at Hibberts Solicitors, looks at the implications.

The Supreme Court decision on 26 July 2017 to declare employment tribunal and Employment Appeal Tribunal fees unlawful and abolish them with immediate effect took many by surprise.

Firstly, businesses should consider the potential benefit of auditing their records to identify examples of “high-risk” dismissals while fees were payable.

Businesses should assess the potential numbers of historic claims that could now be brought by claimants, and their records should indicate whether those are claims that were referred to the Acas early conciliation scheme, or not.

If they were, some commentators suggest those claims are more likely to now be revived, for a number of reasons.

One key aspect employers should consider is how strong a position they will be in to defend such claims, should they materialise.

Do you have access to evidence, have you retained records and documents? Are the relevant witnesses still employed by you or able to assist with the case? If not, did such witnesses leave in amicable circumstances and are they contactable?

Such considerations will inevitably affect the willingness of an employer who faces a belated claim to engage in the early conciliation process or choose to defend the claim at tribunal.

Out of time claims

At the moment we still do not know the Government’s stance in relation to those potential claimants who were deterred between July 2013 and July 2017 from bringing a claim or lodging an appeal due to fees.

It is unclear whether they may be allowed to submit a claim out of time but it is anticipated that they will.

Should that be the case, significant numbers of claims may be brought long after the event; hence the preparatory steps that employers should take now.

Until we have a test case or guidance from the higher courts on the issue, claims will be considered on a case-by-case basis, and the financial circumstances of each individual claimant will need to be considered and taken into account by a tribunal when deciding whether they will be allowed to submit a claim late.

Another practical step for employers will be to recover sums owed to them.

It is certainly anticipated that those respondents who were ordered to repay fees to a claimant (and actually did so) will be eligible to be reimbursed for those employment tribunal and Employment Appeal Tribunal fees, just as claimants will be.

In some cases employers will have paid other fees themselves, such as in the case of judicial mediation, and these too will be recoverable.

To prepare, employers should calculate the value of sums subject to reimbursement. Having done that, if proportionate to do so, they should identify an individual or department with responsibility for tracking developments and dealing with any applications for reimbursement.

An announcement regarding the reimbursement process is imminent, so this is certainly something to keep an eye on.

It is also likely there will be a need to increase resources to HR and personnel departments moving forward as it is certainly anticipated that the numbers of new claims will increase significantly.

A report of a seven-fold increase since the decision in one tribunal seems to be a blip, but many anticipate that we will see far greater numbers of tribunal claims being lodged now that fees are no longer payable.

Employers now need to consider whether staff need additional training in dealing with tribunal claims, particularly if their exposure to them has been limited because of the vastly reduced numbers of claims seen over the last few years.

They should also consider their insurance policies and see what cover they currently have in relation to tribunal litigation, both for costs and awards made, as this may need to be reviewed.

Finally, for the overwhelming majority of claims, early conciliation via Acas is compulsory and employers may need to reconsider their approach to this.

It may pay to be more receptive to the idea of early conciliation, as potential claimants are now inevitably more likely to issue claims if conciliation is unsuccessful.

Statistics from 2015/16 indicate that 80% of those who contacted Acas did not go on to bring a tribunal claim and for a significant number of those, the fees were the off-putting factor.

Acas research published in 2015 indicated that more than two-thirds of claimants who had been deterred from bringing a claim due to fees said they could not afford them, whereas others stated the fee was more than they were prepared to pay, or that the value of the fee equalled the money they were owed.

Moving forward, a claimant may be less inclined to settle at the early conciliation stage whereas previously they may not have gone on to submit claims in any event.

This may have been where their type of claim could not lead to a monetary award (such as claims for a written statement of particulars of employment) or the value of the claim would have been disproportionate to the fee payable.

Many claimants will also have taken into account that even if successful, they would have had no guarantee of their award actually being paid by a respondent.

They will still face that same risk but some may opt to take their chances in tribunal rather than settle at the early conciliation stage.

Respondents, on the other hand, are now likely to have more to gain by engaging in conciliation in circumstances when previously, when fees were payable, they may not have done.