By Jo Faragher on 21 Sep 2017 in Apprenticeships, Graduates, Recruitment of young people 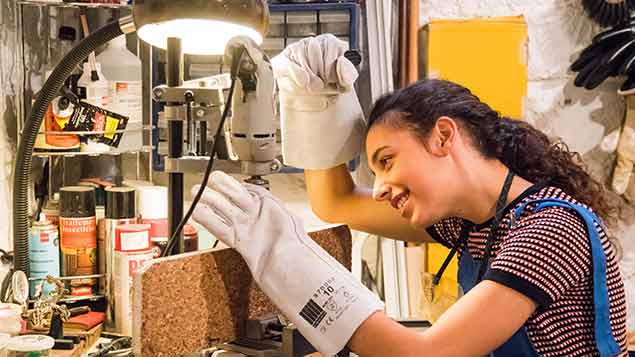 Degree-level apprenticeships have grown by around 50%, according to the ISE
VOISIN/PHANIE/REX/Shutterstock

Roles open to apprentices have grown by almost a fifth, vastly outstripping growth in graduate jobs.

According to the Institute of Student Employers, formerly the Association of Graduate Recruiters, companies hired 11,016 apprentices this year, up 19%. They increased graduate hiring by just 1%, recruiting 20,614 graduates.

Webinar: Making the most of apprenticeships

The ISE also found that the number of apprenticeships has grown to 54% of the volume of graduate jobs, compared with 44% last year – perhaps reflecting the introduction of the apprenticeship levy earlier this year.

Degree-level apprenticeships – a relatively new qualification designed to offer school leavers a degree equivalent course while they work – grew at the fastest rate (50%).

However, they still represent a relatively small proportion of total apprenticeships – just 823 were degree level this year. A further 18% of employers expect to offer this qualification next year, the ISE said.

The report also revealed that an average of 43% of graduate hires, 44% of interns and 34% of apprentices are women, compared to the 54% of female university students.

However, the diversity of student hires is improving. Employers with year-on-year data improved their average gender diversity by 5% and ethnic diversity by 2% in the space of three years.

Stephen Isherwood, chief executive of the ISE said: “Employers are offering more opportunities for students and a wider variety too, but competition is strong.

“A significant proportion of offers are turned down despite major efforts to find talent such as hiring former interns and increasing salaries.

“Employers are also getting smarter about where they get their candidates from by making attraction and selection approaches much more inclusive.”

That said, employers continue to invest in securing strong candidates and face strong competition for high calibre graduates. They spend around £3,500 per hire to recruit graduates yet, on average, 10% of job offers are declined and 5% of offers are turned down.

When asked what challenges they felt were most pressing in the coming months, most student employers cited diversity – displacing Brexit from the top spot last year.