By Stephen Simpson on 19 Oct 2015 in Age discrimination 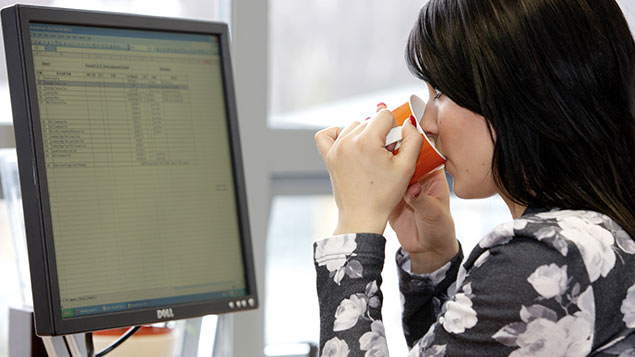 Line managers and employees may be unaware that age discrimination legislation protects employees discriminated against because of their youth, as well as older workers. We round up five examples of claims that younger workers could bring.

1. Treating a young worker differently to an older worker

A manager or business owner who singles out for criticism younger members of staff solely because of their age is committing direct age discrimination.

In Osborne and another v Gondhia and others t/a Rutaba Partnership, the employment tribunal upheld the age discrimination claims of two young sisters who resigned from their jobs in a service station after what they felt was aggressive and unfair criticism.

The tribunal found that they were “not treated with the respect they deserved as employees” and the employer did not treat an older employee in the same way.

Younger employees have won employment tribunal claims for age-based harassment. For example, the description of a young worker as “wet behind the ears” or a “young whippersnapper” might be discrimination.

The employment tribunal decision Roberts v Cash Zone (Camberley) Ltd and another provides an example for line managers of the sort of thing they should avoid.

The claimant won her age discrimination claim after showing that her line manager had referred to her as a “kid”, and even described her as a “stroppy teenager”.

The employment tribunal concluded that, when the line manager referred to the claimant’s age, a stereotype was used that was related to age.

3. Refusal to pay a young worker the national minimum wage

Employers will be required to pay the “national living wage” to workers aged 25 and over from April 2016.

Speculation has been rife that the Government could face a legal challenge to the age threshold on the basis that it discriminates against younger workers.

Employers must increase the wages of workers who have a relevant birthday to reflect the age bands for the national minimum wage.

The main adult rate applies to workers aged 21 and over, while the development rate is for workers aged 18 to 20. There is a separate rate for 16- and 17-year-olds.

It is age discrimination to dismiss a worker to avoid having to pay an increased rate of the national minimum wage where the worker moves into a higher age band.

The employment tribunal in Greer v Coulter (t/a Alphreso Cafe) described a small employer’s decision to dismiss a young worker to avoid having to increase her pay to the required national minimum wage rate when she reached the age of 18 as “callous”.

4. Imposing a job requirement that is too hard for young workers to meet

Indirect discrimination occurs where the employer imposes an unjustified requirement that is harder for a particular protected group to meet.

For example, a requirement for a minimum number of years’ experience for a particular job may be indirectly discriminatory against a young person.

The leading case on indirect discrimination in recruitment and promotion is Homer v Chief Constable of West Yorkshire Police.

5. Dismissal of a young worker on the basis of age

If someone looks younger than he or she is, and is discriminated against on this basis, this could be unlawful.

The dismissal of a young worker may be age discrimination if the reason for termination is the employee’s youth.

This will be the case even if the managers taking the decision to dismiss are around the same age as the claimant.

In Polat v Governing Body of the Skinners’ Company’s School for Girls and others the tribunal considered, but ultimately rejected, a young IT contractor’s age discrimination claim after his assignment was ended.

The tribunal said that, although managers had said some unwise things in emails about his youth (“these bloody young boys”), the real reason for the decision was that he was difficult to manage.