Agency Workers Regulations not to blame for reduced use of temps, says REC 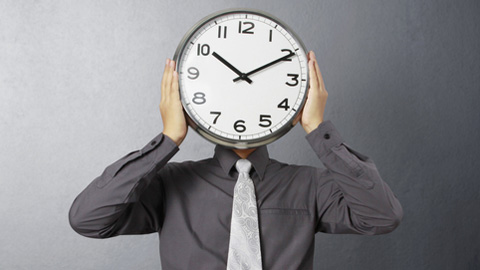 The Recruitment and Employment Confederation (REC) has said that the Agency Workers Regulations (AWR) have had a limited impact on the use of temporary workers, despite warnings elsewhere that they have been a “drag on job creation”.

According to research from the REC, 28% of employers decreased their use of temporary staff in the seven months following the introduction of the AWR on 1 October 2011.

However, more than half (56%) of employers that cut back on their temporary workforce cited economic uncertainty as the key reason behind the move.

In comparison, just 14% said that they had reduced their use of agency workers because of the introduction of the AWR.

Kevin Green, chief executive of the REC, said: “Of the minority of employers who reduced their use of temps most of them made that decision because of the wider financial climate, rather than it being a knee-jerk reaction to the new Regulations, so it makes sense that demand for agency workers will pick up as growth returns.

“In fact, our latest data shows that there’s already been a turnaround and the outlook for temps is starting to improve despite the fact we’re still officially in recession.”

The findings conflict with recent research from the Confederation of British Industry (CBI), which found that 57% of employers with a temporary workforce had reduced their use of agency workers as a result of the Regulations and 8% had stopped using them altogether.

Neil Carberry, director of employment and skills at the CBI, argued: “The Regulations are thought to have cost businesses more than £1.5 billion in their first year, but temps have not reaped the rewards – instead, the vast majority of this cost has paid for paper-pushing to ensure compliance.

“This has led to a reduction in temps hired in eight out of nine months in 2012, despite a rise in permanent staff being hired.”

The CBI has called on the Government to look at simplifying rules surrounding the 12-week qualifying period, applicable under the AWR, and streamline what they see as the “highly complex” definition of pay under the Regulations in a planned review next year.

This call has been echoed by Richard Sheldon, senior associate at law firm Eversheds, who said that many organisations are struggling to understand how certain provisions under the AWR should be interpreted.

“There is little doubt that the Agency Workers Regulations, introduced in the UK one year ago, have achieved their goal in a number of respects, improving the pay and conditions for many agency workers and allowing them access to staff facilities, such as canteen or childcare facilities.

“But what is also emerging is a picture of considerable misunderstanding and/or misinterpretation of the Regulations, often due to the way in which the Regulations themselves are drafted,” Sheldon said.

Sheldon also said that two of the primary areas for concern for many organisations were the extent to which benefits, such as bonus pay, apply to agency workers, and correctly calculating comparable pay rates between temporary and permanent staff.

However, the REC warned that if the Government’s review of AWR in 2013 is not thorough, changes should not be made to the Regulations.

Green said: “What we don’t want is businesses’ time and energy being wasted on a partial review that upsets the current system, creates uncertainty and could risk interfering with the work of agencies and employers making effective use of temporary staff and keeping the temporary labour market buoyant.”