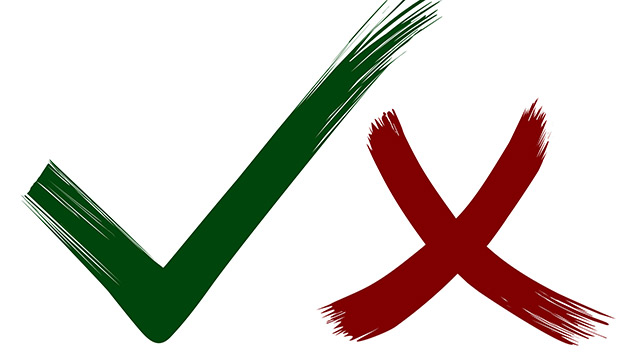 For many employers, background screening is a vital part of the recruitment process; however, it’s also incredibly complex and can throw up numerous challenges for HR and hiring managers who are unsure about how to stay compliant.

According to Sterling Talent Solutions’ Background Screening in the UK report, six out of 10 UK organisations are carrying out background screening.

Of those companies that don’t screen, 25% to 30% plan to start this year, indicating there is a growing awareness of its importance. The findings also revealed that compliance is the top reason why employers perform checks.

Yet keeping up-to-date with changing compliance regulations can be difficult to say the least. So how can employers stay on the right side of the law across the screening process?

It’s crucial that any criminal record checks carried out by employers are proportionate and relevant to the role in question, and comply with the Police Act 1997 and the Rehabilitation of Offenders Act (ROA) 1974.

“Employers are not prohibited from asking a job applicant about their criminal record,” says Ben Mason, employment law associate at Aaron & Partners LLP. “However, the ROA 1974 limits the extent to which an employer may base its decisions on such information.”

Spent convictions – where someone has previously committed a criminal offence but has not re-offended in a given period – should not be requested. “In such cases, the applicant can be considered as having a clean record unless one of the exceptions under the ROA 1974 applies,” Mason adds.

Checking Facebook, Twitter and other platforms can capture an applicant’s activity on the internet that could be potentially incriminating, such as anti-social, illegal or violent behaviour. However, there are legal risks if you get it wrong.

Rhian Radia, head of employment at Hodge Jones & Allen, says: “The main issue with accessing a prospective employee’s social media at the recruitment stage is where an employer discovers a piece of information that the employee then claims played a part in any decision not to recruit him/her for the role.”

Mason adds that employers need to be careful about making employment decisions based in any way on a protected characteristic, such as race, religion or sexual orientation, revealed through social media.

“If an applicant successfully argues that discrimination has taken place during the recruitment process, the applicant can be awarded compensation [which is unlimited in its amount] without ever having been employed by the business.”

These are used as part of screening programmes in the financial sector in particular. Just as with criminal record checks, they should be proportionate to the job role. Radia says: “For instance, a credit check would be necessary for a financial director role, but not in a role that contains no financial responsibilities.”

The Information Commissioner’s Office (ICO) recommends that credit checks are only carried out when there is no less intrusive alternative.

Whether you want to check an applicant’s university degree, technical training or school qualifications, education and credential verifications can give you an accurate account of their knowledge and skills.

However, fraudsters are using increasingly sophisticated technology to fabricate educational and training credentials meaning you may not always have a reliable candidate picture.

Also, so-called diploma mills are now plentiful and have extremely realistic, yet fake, university websites, where you would typically go to check the validity of a certificate. Employers need to be aware of these websites.

Reference checks are one of the most effective ways to ensure you’re hiring the best person for the role. However, there are certain rules to adhere to, such as avoiding any discriminatory questions.

Mason says: “Recruiting employers should be careful when acting on a potentially discriminatory reference, because they could be potentially liable for loss of earnings and injury to feelings if they withdraw an offer on this basis.”

All employers have a legal obligation to carry out checks to ensure that an applicant has a right to work in the UK.

This must be applied to all applicants, regardless of their race, nationality or ethnic origin, to avoid discrimination claims. It’s crucial not to make an assumption that someone has the right to work.

Mason adds that employers are expected to keep a record of the check, keep documents securely and record the date of the check.

“An employer who breaches their obligations may now be subject to a maximum civil fine of £20,000 per individual and/or a criminal sanction of an unlimited fine or imprisonment of up to six months,” he says.

Organisations with employees who drive on company time should carry out this check to safeguard from the Corporate Manslaughter and Corporate Homicide Act 2007.

If a DVLA check is necessary for your organisation, ensure you cross-reference names, aliases and dates of birth with information supplied on a criminal record consent form. Also, look out for discrepancies such as drunk driving or excessive speeding.

Screening for terrorist activity is routinely used by businesses in regulated sectors, such as finance, government and aviation, as well as checks against individuals on sanctions lists. If you work in one of these industries, there may be financial penalties, or even possible imprisonment, if you hire individuals listed on sanction lists.

By documenting every part of the recruitment process and providing relevant training to all staff involved in hiring, you will be on your way to ensuring a fair and transparent screening process, as well as minimising any risks of litigation.

If in doubt, consider outsourcing background checks. Radia says: “Getting recruitment right will in itself save time and cost in the long run.”