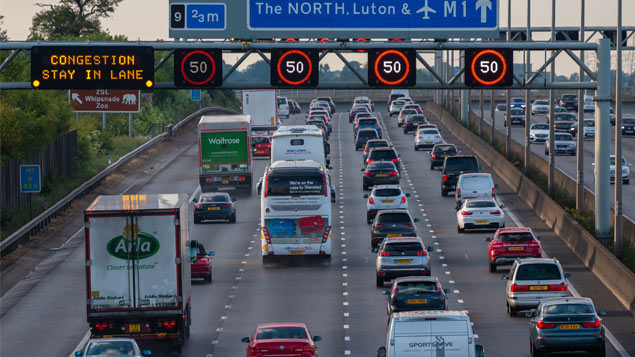 An ex-Highways England driver has been awarded almost £74,000 in compensation by an employment tribunal after she was harassed by her manager and subjected to “humiliating” conduct and sexual advances.

Ms Beaney, who rebuffed numerous sexual advances from her line manager and was moved to another depot so his friend could supervise her, was found to have been directly discriminated against and constructively and unfairly dismissed.

After attending an interview for a driver and trainee inspector role at Highways England, Beaney received a text message from Grant Bosence, who would be her line manager if she was offered the job, assuring her that she would get the role. The phone number was taken from her job application.

She received a slew of messages over text and Facebook from Bosence, who the Nottingham tribunal found was motivated by his attraction towards her. Messages included Beaney being told to “shush and kiss me”, reference to her being “beautiful” and a “pretty one” and the admission that he “fancies” her.

Beaney told the tribunal that she continued to respond to Bosence messages through fear that the job offer would be taken away. She told him that she did not want a relationship, wanted to stay friends with him, but Bosence said: “No matter what happens it’s your job and nothing with [sic] affect it”. At one point, he responded to attempts to row back the conversation by asking her what “a dinner was worth in sexual favours”.

Before starting the role she was invited to a meeting at a Highways England office. Bosence suggested a  coffee at a nearby hotel following the meeting, which she agreed to, as she worried her job offer would be withdrawn.

During the coffee meeting Bosence sought to impress her by talking about his bodybuilding hobby, said he found her attractive and wanted a relationship with her. Beaney also claimed she went for a ride in Bosence’s car and when she tried to leave he attempted to kiss her.

He tried to kiss her on several other occasions, all before she started her role at the organisation. She was invited for dinner at his house and during that time he attempted to kiss and cuddle her. When she rebuffed his advances and tried to leave the house she found the doors were locked, but was later able to leave.

She continued to see him numerous times before she started her role, which she said she felt pressured into. On one occasion she said she would report his behaviour to HR, to which he replied he could have her “killed and buried for four grand”. The tribunal found this was an attempt to pressure or frighten Beaney into going along with what he wanted.

When the role began in April 2017 Beaney was placed at Highways England’s Sandiacre site, rather than the Leicester Forest East depot as she had expected. The tribunal agreed that this decision was made by Bosence and was because her supervisor at Sandiacre, Steven Curtis, was a close friend of his and could keep an eye on her.

Beaney said Curtis would routinely ask her personal questions and make positive comments about Bosence. Suspecting that Curtis was passing information on to Bosence, she telephoned Bosence to ask what he had told Curtis. At that point he told her that she was “troublesome”, that he would discipline her, and reminded her she was still on probation.

During an induction she found that she had in fact been expected at the Leicester Forest East depot, not Sandiacre, and was told that one of the inspectors there had not been happy she had not turned up. She was the only new employee who had not received a key fob, protective equipment and badge and it transpired they had been waiting for her at the Leicester Forest East depot.

She raised this with Bosence and requested a transfer to the Leicester depot. She later began working with another inspector until she was signed off sick with stress on 2 May 2017 and never returned to work.

Bosence complained to Highways England’s HR department about Beaney’s alleged attitude. The tribunal determined that this was an attempt to “paint [Beaney] in a poor light” as he knew she planned to complain about him to HR.

Beaney later put in a grievance about Bosence taking her personal details from her application form, contacting her and his continued harassment. Her complaint was upheld and the company found Bosence had not acted on her request to transfer to another depot, however it could not relocate her as there were no suitable vacancies. She later appealed this part of the decision, but was unsuccessful.

In its judgment in December 2018, the tribunal found Bosence’s behaviour “upsetting, humiliating and offensive” and found his conduct was purely for sexual purposes.

“It is entirely clear from the evidence before us and to that degree the conduct was related to the protected characteristic of sex,” the judgment reads.

Following remedy hearings in October and November 2019, for which a judgment has just been published, Highways England was ordered to pay Beaney £73,600 in compensation, made up of: £24,600 for financial losses; £1,740 for loss of daily allowance; £26,700 for injury to feelings (including interest); £5,540 for aggravated damages (including interest) and a £8,790. “adjustment” because Highways England was found to have failed to comply with the Acas code of practice on grievance and disciplinary procedures.

Complaints of direct sex discrimination and victimisation were dismissed by the tribunal.