By Claire Scullin on 1 Aug 2016 in Brexit, Learning & development, Bullying and harassment 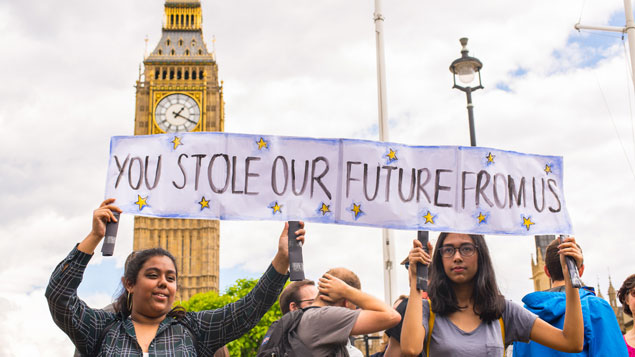 Latest research by the CIPD has revealed that almost half of employees are fearful of the future after the UK voted to leave the EU, with the proportion rising in the public sector.

Researchers found that while 44% overall said they were “pessimistic about the future”, this figure increases to 61% in the public sector and to 58% in the voluntary sector.

When questioned about job security, again it seems that public-sector workers are most concerned, with 33% saying the Brexit vote had made them feel less secure. This compared to 22% across the whole sample; only 3% of employees said they felt more secure.

Ben Willmott, head of public policy at the CIPD, said: “This survey shows that Brexit has proven to be a seismic event in people’s working lives and reveals that there is significant level of pessimism in the immediate aftermath of the vote.

“This is especially prevalent amongst public and voluntary-sector workers who are already showing signs of feeling less secure in their roles and expect the economic consequences of Brexit to adversely affect their jobs.”

The Brexit vote seems to have also particularly worried young people, with 63% of them being concerned about their future prospects.

Although the outcome of the vote and its effects on employment law is uncertain, employers have been advised to do all they can to reassure employees and keep communication channels open.

Delving deeper into the reasons behind the fears, one in five workers said they realised they need to learn new skills in order to remain competitive in the workplace.

According to Willmott, this might not necessarily be a bad thing: “On a more positive note, the evidence that employees feel they now need to upskill as a result of the UK’s vote to leave the EU demonstrates that employees are engaged with their learning and development needs.”

Brexit elicited strong emotions from both the leave and remain camps, and this could result in heightened tensions in the workplace.

According to the CIPD survey, more than one in 10 employees have experienced, seen or knew of bullying and harassment of a political nature, and 7% had witnessed racist incidents.

Employers need to ensure that workers are not being discriminated against because of their political viewpoint, and don’t have cause to bring a claim.

Willmott said: “Businesses should take zero-tolerance approach to racially and politically motivated conflict linked to the vote, and ensure that their workforce feel that they are working in an open and welcoming environment.”