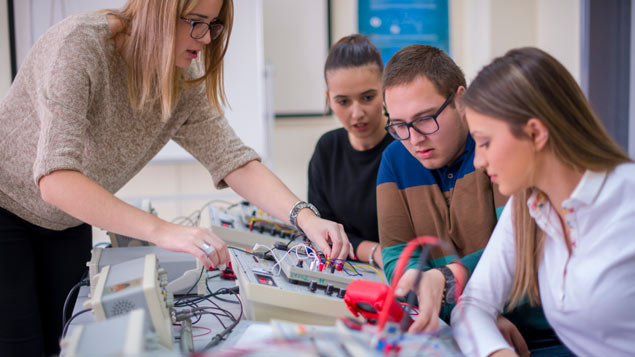 The chancellor announced £95 million in funding to support the roll out of T-levels. Image: Shutterstock

Given the covid-19 coronavirus has now been declared a pandemic by the World Health Organisation, chancellor Rishi Sunak’s Budget announcement yesterday was rightly focused on the how the government would support employers and workers as the UK attempts to contain the spread of the virus.

But beyond the headlines were several other announcements that HR professionals should be aware of, from adult skills development funding to national insurance contributions relief for those that employ military veterans. Here are seven things you may have missed in the chancellor’s Budget for 2020, some of which were hinted at in last year’s Queen’s Speech and Conservative party manifesto.

HM Treasury’s Budget documents revealed it would go ahead with the introduction of a £3 billion “National Skills Fund” to improve the technical skills of adults in the UK.

It will consult on how the fund should be targeted to ensure it can help people gain the skills they need for “rewarding, well-paid jobs”.

“More broadly, the government wants to facilitate two culture changes with this fund: for individuals to be able to train and retrain over the course of their lifetimes; and for employers and the government to increase investment and fill the skills gaps that hold back productivity at a local, regional and national level,” the report says.

Lisa Lyons, leadership and workforce transformation practice lead at Mercer welcomed the fund: “We expect to see considerable workforce upheaval in the coming decade, as job requirements change more quickly. The race is on for all of us to stay up-to-date and relevant.

“Organisations should take action to identify their future skills requirements. This includes both technical skills such as, cloud computing, analytical reasoning and soft skills like, creativity and collaboration. Where organisations see less demand for certain roles and increased demand for others, they should look to identify people with transferable skills and provide re-skilling opportunities to enable them to move to new roles.”

It also committed to improving the apprenticeship levy, but no date was given for such a review. However, it said the government would ensure “sufficient funding” is available in 2020-21 to support apprenticeships undertaken during this period.

The government will also provide £95 million for education providers in England to invest in high-quality facilities and equipment to support the roll out of T-levels – the technical skills alternative to A-levels. The funding will support T-levels being delivered from autumn 2021, in fields including construction, digital, and health and science.

As revealed earlier this week, the Budget included a provision to allow parents of premature babies to claim an additional £160 per week for every week their child is in neonatal care, up to a maximum of 12 weeks. No further details were given about when this entitlement would be introduced.

Ben Willmott, head of public policy at the CIPD, said: “The CIPD is delighted the Government will be introducing paid leave for parents of premature and sick babies. It’s likely to make a huge difference to them when they’re facing one of the most difficult times of their lives. The new entitlement will ensure they are able to focus on the health of their new-born children and will also mean they are likely to be better prepared for their return to work, when the time comes.”

The government will also be considering how a statutory carers’ leave entitlement would be designed, with a consultation expected to be published shortly. It said the new entitlement would apply to employees with unpaid caring responsibilities for family members or dependents.

“This will support hardworking people to balance their caring responsibilities with work, particularly women who disproportionately undertake unpaid caring activities,” the report says.

As well as reductions in business rates and measures to reduce the impact of coronavirus on businesses, several other plans were laid out that are expected to reduce the costs associated with employing people.

The employment allowance for national insurance contributions (NICs) will increase from £3,000 to £4,000 from April 2020.

“To cut the cost of taking on staff the government is increasing the NICs employment allowance to £4,000, benefiting 510,000 businesses,” says the Budget document.

“As a result, businesses will be able to employ four full-time employees on the National Living Wage without paying any employer National Insurance contributions…From April, over 650,000 businesses will have been taken out of paying NICs since the introduction of the Employment Allowance in 2014.”

Willmott commented: “It’s good to see the threshold rising for NICs as it means people will be able to keep more of their pay packets without their entitlements being affected, like the state pension. However, given that the NIC threshold is now edging closer to the income tax threshold, it does beg the question if the two should merge to create a simpler system

“The increase in employment allowance on National Insurance bills will be welcomed by small firms and charities, especially those who have seen their payroll costs jump due to rises in the National Living Wage. However, it will be important to flag to those firms, especially ones without HR support, that the allowance will now have to be claimed annually – and won’t be rolled forward as was previously the case.”

The government will also introduce a “national insurance holiday” for employers of veterans in their first year of civilian employment. Employers will be able to claim this relief from April 2021.

“The holiday will exempt employers from any NICs liability on the veteran’s salary up to the Upper Earnings Limit. The government will consult on the design of this relief,” it says, although it gave no indication of when the consultation would take place.

4. Jobs in science and research

HM Treasury said its Budget “supports the development of the high-tech, high-skill jobs of the future”. Public R&D investment will be increased to £22 billion per year by 2024-25.

A £400 million funding boost will be given in 2020-21 for “world-leading” research, infrastructure and equipment, while a further £300 million will be invested in experimental mathematical research to help attract global talent over the next five years. This will “double funding for new PhDs and boost the number of maths fellowships and research projects”, it said.

Charlotte Walker-Osborn, international head of artificial intelligence and technology sector at law firm Eversheds Sutherland, said: “It is positive to see some more substantive investment in R&D and technology coming from UK government. This is critical as the UK moves into a post-Brexit phase, not least to allow the UK to further build upon the platform it has developed as a technology hub as well as to continue to retain talent in technology and attract further talent from outside the UK into the UK.

“Increasing the rate of R&D tax credits will bolster the technology economy, including crucially at SME level. Focus on electric vehicles is to be welcomed given the history of the UK automotive sector within the UK; the question is will this be too little too late.”

The government said it has allocated a “significant” funding package to improve the recruitment, training and retention of nurses in England, to help increase numbers by 50,000 in the NHS. Funds will also be allocated to increase GP numbers by 6,000 and primary care professionals, such as physiotherapists and pharmacists by 6,000.

“In addition, the Budget commits over £6 billion of new funding over this Parliament, including to create 50 million more GP surgery appointments per year, ensure there are 50,000 more nurses,” it says.

Niall Dickson, chief executive of the NHS Confederation, said: “The extra £6bn investment in the NHS, as announced previously, is welcomed too but the devil will be in the detail on how this will be allocated.

“Our remaining big concern today is the worry that the government is kicking the can down the road for social care. We fervently hope the cross-party talks announced last week will bring results and we repeat our plea that the Government must be prepared to deal with the crisis that is here and now, as well as tackling long-term reform.”

A £1 billion investment in social care for next year is also mentioned in the Budget documents, as announced in 2019, but the government confirms this additional funding will continue for every year of the current Parliament to stabilise the system.

As reported yesterday, pension tax rules will also change to ensure that senior NHS staff will be able to work additional hours without their annual allowance being reduced.

It was confirmed that the controversial changes to the off-payroll working rules, commonly known as IR35, would go ahead in April.

“The government believes it is right to address the fundamental unfairness of the non-compliance with the existing rules, and the reform will therefore be legislated in Finance Bill 2020 and implemented on 6 April 2020, as previously announced,” it says.

Chris Bryce, CEO of the Association of Independent Professionals and the Self-Employed (IPSE) said: “This Budget is a mixed but overall still gloomy event for most of the self-employed. The measures to support the self-employed and small businesses through the Coronavirus outbreak are very welcome – and in-line with what IPSE has been calling for. However, just as the government tries to protect freelancers’ incomes with these measures, it destroys their work by forging ahead with the disastrous changes to IR35 despite heavy criticism.”

For non-UK nationals moving to the UK, the Immigration Health Surcharge (IHS) will increase from £400 to £624, with a rate of £470 for children. For students and those entering on the youth mobility scheme the surcharge will rise from £300 to £470. This will also be applied to EEA nationals.

Anne Morris, business immigration solicitor and MD at DavidsonMorris, said “The IHS increase smacks of a money-making scheme for the Home Office. Ninety-nine per cent of our clients have private medical insurance provided as part of their package, so the charge is not assisting the NHS at all. Remember also that Tier 2 visa holders pay tax and NI in the same way as UK nationals – this is an additional tax that is simply unfair.” 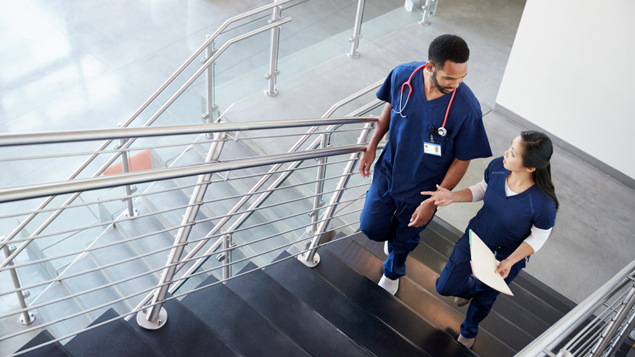 For the first time since 2006, the majority of people migrating to the UK for work are non-EU citizens.
This...