Capability: too narrow a definition?

By Paul Matthews on 23 Jul 2013 in Learning & development, Opinion 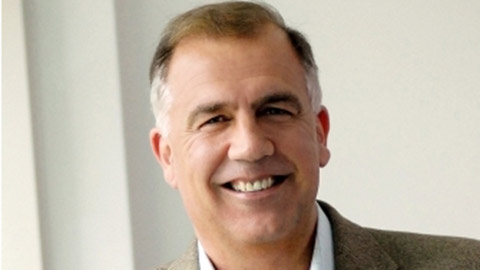 Capability is often discussed by HR and learning and development (L&D) professionals, but surprisingly it is a word that is often used with quite a narrow definition. Paul Matthews, founder of People Alchemy and expert in workplace learning, looks at the issue of capability in business.

I have discovered that “capability” is a slippery concept. When I talk about capability with people in HR, people in L&D, and people with chief executive responsibilities in both the public and private sectors, I have found a remarkable lack of consistency in how people use the word.

Given that every organisation has a purpose, and achieving that purpose is dependent on the people in the organisation being capable of doing all the tasks that need doing, I would have thought that capability was so fundamental to success that people would have a handle on it.

In fact, I have been surprised at how little focus there is on capability in most organisations. What is even more interesting is how surprised they are when this is pointed out to them.

I often do a little thought experiment with them, and it goes like this: imagine you are the chief executive of a new business, and I am supplying a team of people to you to work there. I give you an option of two different teams. Team one is well-educated. They have been on lots of training courses and they know lots of stuff. Team two is capable of doing the work that needs to be done in your new business. Which team would you choose for your business? Most people choose team two, the capable team. We seem to know that in the moment when the job needs to be done, capability to do the task counts far more for business success.

If capability is so important, what is it? How can we define it? How can we measure it? And how do we need to understand it so that we can improve it?

Consider this example: you take your car into the garage and the mechanic tells you he knows exactly what is wrong with the car and he can fix it in 10 minutes. You breathe a sigh of relief, and ask him to go ahead and fix the car. He looks on his computer and realises that the spare part required needs to come from the factory overseas and will take a week to arrive. You decide to go to a different garage where they have the spare part in stock.

How is capability perceived?

I think this difference in how capability as a concept is perceived and used by different parts of an organisation causes some of the dissatisfaction that shows up when business managers are surveyed about the effectiveness of training and development functions. HR and L&D need to expand their idea of capability so that it matches how the business thinks. When you look at capability from the wider business perspective, you can start looking at it in terms of components.

For an employee to be capable of doing the task in front of them, the different components of capability must be at or over a threshold in order for that employee to do that specific task at that specific time. Those components consist of things that HR knows well such as knowledge and skills, and also engagement. But as we can see from the car mechanic example, capability at the point of work is also dependent on factors in the worker’s environment, including availability of spare parts, access to the right software, access to just-in-time information and other performance-support tools. The capability agenda is far bigger than HR thinks it is, and HR needs to step up to this and think of capability in the way that the business does.

Paul Matthews is the founder of People Alchemy and an expert in workplace learning, especially informal learning, as well as management development and employee performance support. He is the author of Informal Learning at Work: How to Boost Performance in Tough Times