Should staff be sent home if temperatures exceed 30 degrees C? 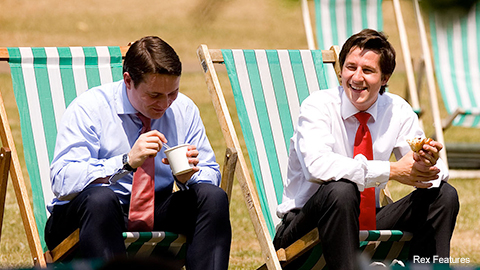 It is the question being discussed in any workplace without the luxury of air conditioning: is there a maximum temperature beyond which staff should not be expected to work?

The short answer is no. However, the Workplace (Health, Safety and Welfare) Regulations 1992 state that, during working hours, the temperature in all workplaces inside buildings should be “reasonable”.

According to Labour MP Linda Riordan, there should be a maximum temperature. She tabled an early-day motion to that effect this week, which has so far attracted support from 26 of her parliamentary colleagues.

The Met Office has issued a Level 3 health weather warning because of the sustained period of hot weather. Riordan said the Government should “resolve uncertainty for employers about their duty to combat excessive heat in the workplace by introducing a maximum working workplace temperature of 30°C (86°F) and of 27°C (81°F) for those doing strenuous work”.

But guidance from the Health and Safety Executive (HSE) says there is “more to it than just room temperature”. Environmental factors, such as humidity and sources of heat in the workplace, combine with personal factors, such as clothing and how physically demanding the work is, to influence what is called your “thermal comfort”.

The HSE has previously stated that “an acceptable zone of thermal comfort for most people in the UK lies roughly between 13°C (56°F) and 30°C (86°F)…”, but it has since adopted advice that encourages employers to carry out a risk assessment that begins by assessing the proportion of employees who are complaining about the temperature.