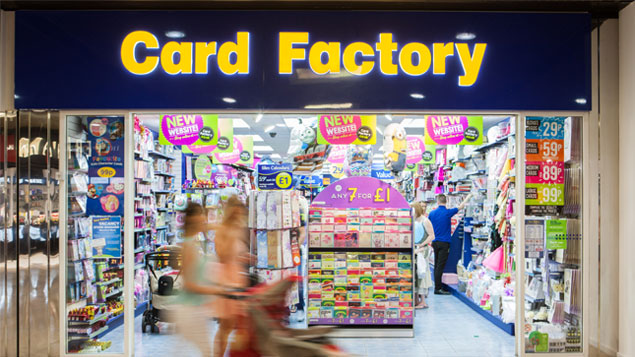 Card Factory, Odeon & UCI Cinema Group and Wyevale Garden Centres have been named among 239 employers found to have underpaid the national minimum wage.

A spokesperson for the retailer said: “Card Factory is committed to the national minimum wage and as soon as this historic issue was identified, we immediately undertook our own investigation to address the problem.

“We apologised to staff at the time for the oversight and have fully reimbursed everyone concerned. We have also updated our policies to ensure full national minimum wage compliance going forward.”

A spokeswoman for the garden centre chain said: “These two isolated incidences involved two colleagues who live in accommodation within our garden centres. As their rent is paid via the payroll, this technically reduces the hourly rate to below the national minimum wage level.

“HMRC have confirmed that they are satisfied with our colleague pay structure but that a breach had technically occurred. As a responsible employer, we are committed to paying the NMW and have now made good the difference.”

A spokeswoman said: “It’s really important to us that we treat all our people fairly, and paying everyone accurately is a critical part of that. Due to a regrettable oversight last year, a small proportion of our team were incorrectly paid slightly under the national minimum wage. We put this right as soon as we knew about the issue by paying our affected colleagues their full back-payments.

“We also resolved a penalty notice with HMRC, and the matter was closed by November 2017. We’ve revised our uniform and other policies to avoid any similar situations in future.”

Several hospitality, social care, cleaning and maintenance and retail organisations were also named on the list. The earliest case of underpayment dated back to 2011, with the most recent happening this year.

The government said the top five reasons for underpayment of the national minimum wage and national living wage were:

Since HMRC’s wage underpayment “naming and shaming” exercise began five years ago, more than 1,900 employers have been discovered breaching minimum wage laws and £8.4m in fines has been collected.

Business minister Andrew Griffiths said: “Our priority is making sure workers know their rights and are getting the pay they worked hard for. Employers who don’t do the right thing face fines as well as being hit with the bill for backpay.”

Organisations that pay workers less than the national minimum wage (if the worker is under 25) and the national living wage must pay back the worker at the current rates. They could also face financial penalties of up to 200% of the amount owed, capped at £20,000 per worker.

Bryan Sanderson, chairman of the Low Pay Commission, said it was encouraging that the government had recovered unpaid wages for the largest number of workers yet.

“It is crucial that employers understand their responsibilities and workers know their rights around the minimum wage. That is why active enforcement and effective communication from government is so important.”