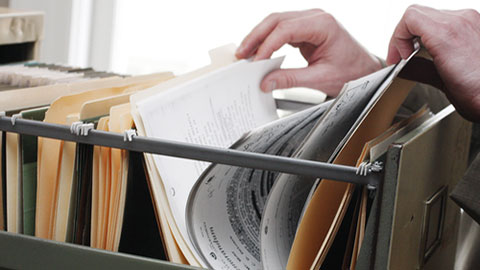 In DLA Piper’s case of the week, Vestergaard Frandsen v Bestnet Europe and others, the Supreme Court held that an individual can be liable for breach of confidence only if he or she knows that the information being used is confidential.

An appeal was brought by Vestergaard against the Court of Appeal decision that Mrs Sig, one of the directors of Bestnet Europe, was not liable to Vestergaard (her former employer) for misuse of trade secrets after she ceased her employment with Vestergaard.

Vestergaard developed and manufactured insecticidal bed nets to aid the prevention of malaria. There were important technological aspects in the manufacturing process. In particular, the company had developed a technique that enabled the insecticidal nature of the net to remain long lasting. Mrs Sig was employed by Vestergaard from late 2000. Mrs Sig had a basic confidentiality provision in her contract of employment stating that she should keep confidential all information relating to her employment and this provision continued after employment had been terminated.

Along with two other Vestergaard employees, Mr Larsen and Dr Skovmand, Mrs Sig set up a business in competition with Vestergaard and, by 2004, the business (Intection) was up and running and manufacturing and marketing a similar bed net product called Netprotect. Dr Skovmand was the consultant biologist and had developed the technology behind Netprotect. When Vestergaard learnt of the competing business, it issued proceedings in Denmark but, before the proceedings could be heard, Intection ceased to trade and a new English company, Bestnet Europe, was immediately formed. In 2007, Vestergaard began proceedings against Bestnet, Mr Larsen and Mrs Sig. This appeal concerned only the position of Mrs Sig.

It had been found in previous stages of the proceedings that Mr Larsen and Dr Skovmand were aware that Vestergaard’s confidential information and trade secrets had been used in the development of the Bestnet products. It was found, as a matter of fact, that Mrs Sig had not been aware of the misuse of confidential information or trade secrets. Counsel for Mrs Sig argued that she could not be liable for breach of confidence, unless there was a finding that she knew that the initial products for Bestnet had been derived from the Vestergaard database.

Vestergaard’s contentions were that Mrs Sig was liable because she had a confidential information clause in her contract of employment and she was party to a “common design”, which involved Vestergaard’s trade secrets being misused and a breach of confidence. She had worked for Vestergaard and then for the subsequent competing company that was responsible for the design and manufacture of the competing product.

The Supreme Court rejected Vestergaard’s contentions because of two crucial facts. First, Mrs Sig did not herself acquire the confidential information in question, whether during the time of her employment with Vestergaard or later. Second, until some point during the legal proceedings, Mrs Sig was unaware that the Bestnet product had been developed using Vestergaard’s trade secrets.

It was accepted that a duty of confidence and a duty not to abuse trade secrets would arise at the point of knowledge being acquired. It was also accepted that a court would be open to receiving evidence that suggested that there was “blind-eye knowledge” to overcome an obvious commercial mechanism for separating the commercial leaders of the business from the developers of technology. In fact, Mrs Sig was genuinely unaware of the use of Vestergaard’s trade secrets and was, therefore, not in the position of having “blind-eye knowledge”.

The court distinguished abuse of confidential information and the misuse of trade secrets from patent infringement, which is a strict liability wrong (ie no knowledge or intention is required). The point was also made that there is a distinction between the seeking of injunctive relief and a claim for damages. In this case, an injunction may well be sought to prevent any further misuse by Mrs Sig or the company she controlled from misusing the Vestergaard trade secrets, but a claim in damages is a retrospective remedy with the cut-off point for Mrs Sig being the date on which she acquired knowledge.

In any business with technology or trade secrets, it will be important to construct a suite of restrictive covenants to protect the business assets. This is more important in the absence of patented products. The case against Mrs Sig was based solely on the confidential information provision, which, in this case, rested on Mrs Sig’s state of mind and knowledge as to the abuse or otherwise of her previous employer’s trade secrets.