Case of the week: Seawell Ltd v Ceva Freight (UK) Ltd and another 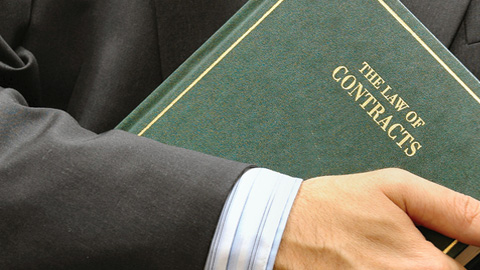 Ceva is a freight forwarding and management logistics business. Ceva employed Mr Moffat as a logistics coordinator at its warehouse in Dyce. The workforce at Dyce was organised into two teams: inbound and outbound. Mr Moffat was in the outbound group.

From 2008, Ceva provided services to Seawell Ltd. Ceva received and stored goods for Seawell at the warehouse and shipped them to offshore oil-drilling platforms. Mr Moffat spent 100% of his time on the Seawell contract. His manager, another manager and two warehousemen each spent between 10% and 30% of their time on the contract.

From 2009, Seawell took the storage and supply back in-house. Ceva asserted that the Transfer of Undertakings (Protection of Employment) Regulations 2006 (SI 2006/246) (TUPE) applied and that Mr Moffat’s employment transferred to Seawell. Seawell denied this. Mr Moffat brought a claim for unfair dismissal.

The employment tribunal considered that the service provided was the logistics coordination and freight-forwarding arrangements necessary to supply of goods and materials to the platforms. The tribunal held that Mr Moffat was an “organised grouping” who had as his principal purpose the carrying out of the activity. Alternatively, the organised grouping was Mr Moffat, the managers and warehousemen, but only Mr Moffat was assigned to the grouping.

Seawell appealed and the Employment Appeal Tribunal (EAT) upheld the appeal. The EAT said that “organised grouping of employees” suggests a deliberate putting together of a group of employees for the purpose of the relevant client work. It is not a matter of “happenstance”. The only deliberately organised grouping was that of “inbound” and “outbound”, and the outbound grouping did not have as its principal purpose the carrying out of activities on behalf of Seawell.

The EAT said that it was not sufficient that Mr Moffat spent 100% of his time on the Seawell contract. The fact that a particular employee happens to spend all of his or her time on one contract does not show that he or she is an organised grouping. There was no indication that Ceva specifically formed a grouping consisting of Mr Moffat to carry out the Seawell work. Mr Moffat was not carrying out the “activities concerned”, although he carried out part of them. Mr Moffat, the managers and warehousemen were not an organised grouping and, even if they had been, it did not follow that Mr Moffat was assigned to it. The fact that an employee happens to be doing particular work does not show that the employer assigned him to a grouping that was organised for the purpose of carrying it out.

This case confirms the position taken by the EAT in the recent cases of Eddie Stobart v Moreman and Argyll Coastal Services v Stirling. Previously, it had been understood (following guidance from the Department for Business, Innovation and Skills) that, if there was an employee or group of employees “essentially dedicated” to the contract in question, there was an organised grouping.

However, these cases establish that something more is needed; some kind of deliberate organising of the employees by the employer, possibly even that the employees must be designated as or understand themselves to be working on the particular client contract.

The implication of this could be to take many employees, particularly in the logistics industry, outside the scope of TUPE unless industry practices change. This could result in service providers being left with employees whom all the parties had assumed would transfer with the contract.