By Rob Moss on 6 Nov 2018 in Latest News, Department for Work and Pensions, Trade unions, Pensions 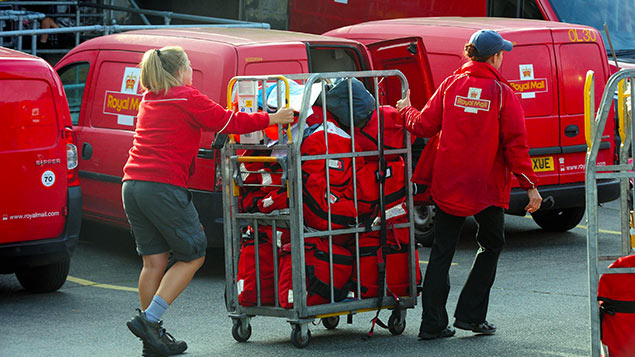 The Department for Work and Pensions has launched a consultation to shape new legislation around collective defined contribution pension schemes, as pioneered at Royal Mail, a moved described by unions as “very important development in social history”.

Under government proposals, CDC pension schemes will have an annual independent valuation to ensure that members are protected and schemes remain sustainable.

Furthermore, the DWP is consulting on how schemes can best communicate with members to ensure they understand the risk that their benefits could go down as well as up, even when they are drawing their pension.

“I’m grateful to Royal Mail and the Communication Workers Union (CWU) for their assistance in getting us to this point. It is important we get this right which is why we’re consulting on the detail of our proposals before bringing legislation forward.”

Until recently there was not much impetus from government or the private sector to push through the new legislation needed to bring these CDC pension – also known as “Dutch style” or “defined ambition” schemes – into effect.

But earlier this year, Royal Mail Group and the CWU reached agreement to introduce a CDC scheme subject to the necessary regulation being introduced.

Terry Pullinger, deputy general secretary for postal workers at the CWU, said the introduction of a CDC pension scheme for 141,000 workers at Royal Mail will be a “very important development in social history”.

CDC pensions: Could going Dutch be the future?

Reacting to the “green light” from government, he said the CDC pensions could provide “genuine hope for an occupational wage in retirement pension running alongside their state pension.”

“Collective defined contribution pension schemes are an important innovation which will provide more choice and flexibility for pension scheme members and employers,” added Opperman, explaining that the consultation would “hear the views of the pensions industry as we prepare to introduce CDC pension schemes.”

Jon Millidge, chief governance and risk officer at Royal Mail Group, said: “We are delighted that the government has launched a formal consultation on enabling CDC pensions in the UK… As the provider of around one in every 190 jobs in the UK, Royal Mail is committed to delivering the best possible pension arrangements for our people.

“We believe CDC is a progressive option which meets our objectives of providing sustainable, affordable and secure future retirement arrangements. Royal Mail and the CWU want to see CDC become a reality in the UK, and we hope the required legislation will be introduced at the earliest opportunity.”

Simon Eagle, director in Willis Towers Watson’s retirement business, said: “For most employers these days an absolute red line on pension design is that their costs are fixed in advance, with no balance sheet impact or unwelcome surprises.

“CDC delivers that, but combines it with potentially higher and more stable expected pensions for employees than typical individual defined contribution (DC) arrangements, especially where pots are used to purchase annuities at retirement.”

Willis Towers Watson has worked with Royal Mail Group and Eagle said that CDC can be a viable pension provision option for a number of UK employers.

“Royal Mail has committed to be the ‘first mover’ in the UK on CDC. Its pioneering design is different from the types of CDC scheme seen in the Netherlands and Canada.

“We expect some other employers will want to have a proper look at CDC now the government is showing its hand. The next movers are likely to be other companies who, like Royal Mail, find the costs of their defined benefit pension schemes becoming unaffordable, but who believe their employees would prefer a collective arrangement providing them with pensions in retirement to individual DC pots.”