By Jill Shedden on 4 Apr 2017 in Apprenticeships, Learning & development 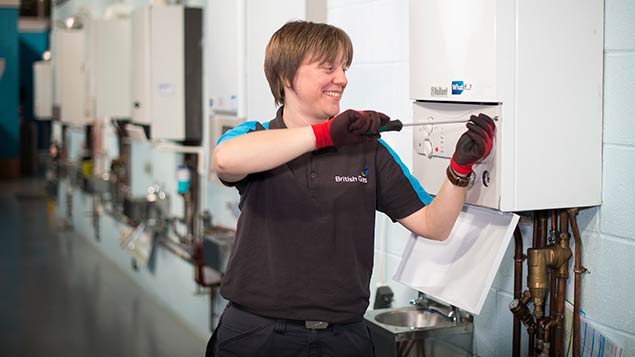 From Thursday, large companies must begin to pay a levy to help fund apprenticeships in the UK. Jill Shedden MBE, group HR director at Centrica, argues that the levy is a chance for companies to get out more than they put in.

Until now, the reputation of apprenticeships has lagged behind university degrees as a start on the career ladder.

However, a survey commissioned by Centrica this year shows that thousands of young people across Britain could be missing out on great careers by dismissing apprenticeships in this way, because they believe the training will not set them up for leadership.

Parents and teachers clearly influence these views, with research showing that only a small number of parents (three in 10) would be proud if their child secured a place on an apprenticeship scheme.

It is worrying that future leaders are limiting their options and not considering an apprenticeship as a route into an exciting and high-flying career.

Crucially, these findings paint a picture that is in contrast with the reality for apprentices themselves.

View from the inside

Centrica’s own experience shows that apprentices feel quite different about their prospects. More than 95% of the 1,200 apprentices who are in training at the British Gas Learning Hubs that they operate around the country said that their apprenticeship will set them up for a successful future.

Nine in 10 agree they felt better equipped for the world of work than their friends who went to college or university.

Many people who started on an apprenticeship programme have built long-term careers, holding management positions within the company.

Centrica’s own Bryan Halliday, group head of reputation and corporate citizenship, started his working life as an apprentice engineer at the age of 16.

Apprenticeships these days are also more varied, with opportunities opening up in areas like technology, which were limited for apprentices only a few years ago.

There is a need to raise awareness of just how exciting and diverse apprenticeships can be, and how a variety of skills can benefit businesses.

A substantial four in five of those surveyed in Centrica’s research believe apprentices have a positive impact on a company’s performance.

To put it simply, apprentices make a significant and positive impact to a business.

Centrica has played an integral role as an “apprenticeship trailblazer”, an initiative where employers have taken the lead to develop apprenticeship curriculums and defined the varied skills needed for a specific role.

In particular, it led the development of smart meter installation and gas engineering apprenticeship standards – the effect for employees has been high-quality apprenticeships, tailor-made for industry.

According to Dr Lee Elliot Major, chief executive of social mobility thinktank, The Sutton Trust, those who choose to take on an apprenticeship have a lifetime earning potential that outperforms their peers at non-Russell Group universities – £1.5 million compared to £1.4 million.

Joining one of Centrica’s apprenticeship schemes could open up 12 alternative career paths over a ten-year period, providing multiple entry points to a variety of career opportunities. Its apprenticeships range from service and repair engineers to information systems.

And there is a place for everyone. British Gas’ Apprentice of the Year in 2016, Claire Berrett, had a successful career in retail before joining later in life to fulfil her lifelong dream of becoming a fully qualified engineer.

As we look to April 6th, businesses should see the levy an opportunity to attract new talent.

We all have a role to play in changing perceptions of apprenticeships and demonstrating to young people, education professionals, parents, and businesses alike, that there are long-term and tangible benefits for all.

Jill Shedden MBE is Group HR Director at Centrica. Click here to find out more about apprenticeships with Centrica.
View all posts by Jill Shedden →
Previous Article
Next Article