£25,000 for early termination of apprenticeship contract 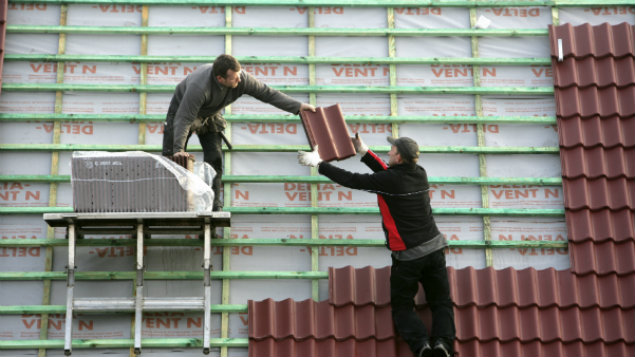 An employment tribunal has awarded £25,000 for breach of contract to an employee whose apprenticeship was ended early. Stephen Simpson rounds up recent employment decisions published on the new online database of first-instance tribunal judgments.

£25,000 award for apprentice whose apprenticeship ended early
In Kinnear v Marley Eternit Ltd t/a Marley Contract Services, the employment tribunal awarded a roof tiler £25,000 over the breach of his contract of apprenticeship.

“It seems clear to the tribunal that the claimant was an apprentice and, as such, he was entitled to be trained by the respondent company and employed by them until the apprenticeship finished. In this case that would be until November 2018. It seems from the correspondence that no heed was paid by the company to the claimant’s particular status in the company.”

Mr Kinnear became an apprentice roof tiler with Marley Eternit in October 2014. His contract of apprenticeship was due to run until November 2018.

In June 2016, he was advised that there had been a downturn in business and that his employment was being terminated on the basis of redundancy. His appeal against dismissal was rejected.

The tribunal acknowledged that the lack of a roofing qualification might disadvantage him in the labour market for a number of years to come.

Downie v Coherent Scotland Ltd
On 8 March 2017, an employment tribunal made an order of reinstatement for an HR manager who was found to have been unfairly dismissed.

Apprenticeship levy and targets will fail to solve skills shortage

Panikulam Paulose v Synergy Health UK Ltd
On 1 March 2017, an employment tribunal rejected an unfair dismissal claim brought by a worker who was caught using scissors to cut his fingernails while working in a sterile environment assembling trays of medical instruments.

Shaw v B&M Retail Ltd
On 28 February 2017, an employment tribunal upheld unfair dismissal and breach of contract claims over an employee’s dismissal for testing positive for methadone. The tribunal found that there were flaws in the employer’s investigation into the positive test.

Gnahoua v Abellio London Ltd
On 26 February 2017, an employment tribunal made a nominal award of £2 for an employer’s refusal to allow an employee to be accompanied at a disciplinary hearing by his chosen companion, a union official who had been banned by the employer for intimidating members of staff.

Hegg v Co-op Group Ltd
On 17 February 2017, an employment tribunal found that a shop worker who ate a Twirl chocolate bar from the shop but forgot to pay for it was unfairly dismissed. According to the tribunal, the person who made the decision failed to explore adequately whether the failure to pay was down to forgetfulness or dishonesty.

One Response to £25,000 for early termination of apprenticeship contract