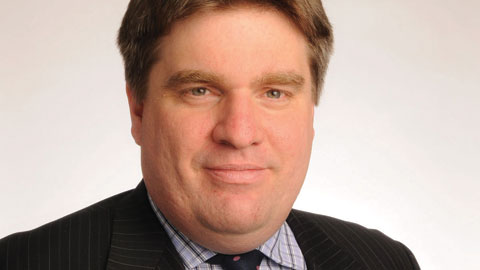 A case involving the transfer of a council’s agency staff has served as an important reminder to employers of their obligation to provide complete information to the workers’ representatives during the consultation process, says solicitor Charles Wynn-Evans.

The Transfer of Undertakings (Protection of Employment) Regulations 2006 (TUPE) apply to a “relevant transfer” by way of a service provision change or a transfer of an undertaking, and under the Trade Union and Labour Relations (Consolidation) Act 1992 (TULRCA) this applies to situations where the employer proposes to make redundant 20 or more employees at one site within 90 days.

Certain specified information must be provided to, and consultation over prescribed matters conducted with, representatives of the employees.

The penalties for non-compliance can be significant: a maximum award per affected employee of 90 days’ pay under TULRCA and 13 weeks’ pay under TUPE.

As part of this information and consultation process, the Agency Workers Regulations 2010 added an obligation to provide to the employees’ representatives the following information:

In Unison v (1) London Borough of Barnet and (2) NSL Limited in February 2013, the employment tribunal held that the London Borough of Barnet had failed to comply with its obligations concerning agency worker information in relation to three specific situations: a specific redundancy exercise falling within the scope of TULRCA; a TUPE transfer of housing staff from Barnet to Barnet Homes; and a TUPE transfer of parking staff from Barnet to NSL.

However, on the particular facts, and given the complex nature of Barnet’s business and the splitting of the directorates into separate business areas, the information provided was not complete for the purposes of describing the parts of the employer’s undertaking where the agency workers were engaged. Barnet had also failed to identify the type of work that the agency workers were carrying out. Although there was some information provided, it was held by the tribunal to be by no means complete and was considered to be a complete failure of the obligation imposed on Barnet.

The tribunal considered that information on the type of work agency workers were doing was relatively easy to produce – as it had been produced in the past – and Barnet’s HR department was aware that Unison wanted the information.

The tribunal took the view that the relevant information was central to the consultation process and that therefore Barnet’s breach was an important one, and more than just technical. It was appropriate, therefore, to make awards – however, the quantum of the awards made varied between the three situations under review.

The tribunal considered that the failure to provide the requisite agency worker information was most serious in the context of the redundancies. Information on agency workers and the type of work they were carrying out was viewed by the tribunal as most valuable to the union in the consultation process with regard to redundancies where the union’s main task is to save jobs if at all possible. Although there was significant consultation and considerable information was provided in compliance with TULRCA, the tribunal nonetheless concluded that it was just and equitable to make an award of 60 days’ pay per affected employee.

With regard to the transfer of housing staff, the tribunal held that this breach was at a lower level of seriousness given that the value of the information in question was likely to be less to the union given the nature of the particular transfer. Staff were only expected to move their place of employment one-and-a-half miles.

Nonetheless, the duty that Barnet breached was seen by the tribunal as important. Relative to the other TUPE transfer and the redundancy exercise, the tribunal took the view that an order of 40 days’ pay per affected employee was just and equitable in the circumstances.

With regard to the transfer of parking staff, the tribunal held that the breach was not as serious as in respect of the redundancies but was more serious than that relating to the housing transfer for two particular reasons.

First, Barnet had been told specifically that agency worker information should be given pursuant to TUPE during the course of the consultation process and this had given Barnet a chance to remedy the breach.

Second, the transfer clearly had a more important impact on Unison’s members given the potential to have to transfer to other towns some distance away. On this basis, the tribunal concluded that it was just and equitable to make an award of 50 days’ pay per affected employee.

As one of the first cases, albeit at first instance, to address the consideration of the requirement to provide agency worker information as part of TUPE and TULRCA collective consultation, this decision is an important reminder to employers of the need to comply with the obligation to provide agency worker information and the potentially serious penalties for breach – especially, as here, where the information in question could be of material assistance to the employees’ representatives during the consultation process.

Charles Wynn-Evans is head of the employment practice in London at Dechert LLP.