Compensated no-fault dismissals: the case for and against

By Michael Bradshaw on 12 Apr 2012 in Employment law, Bullying and harassment, Dismissal 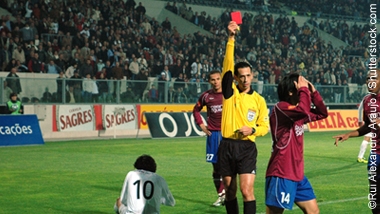 In March 2012, the coalition Government issued a call for evidence on making the dismissal process “simpler, quicker and clearer” and introducing “compensated no-fault dismissals” for micro-businesses.

Michael Bradshaw, employment partner at Charles Russell, outlines the compensated no-fault dismissal proposal and considers arguments for and against the suggested reform.

Under present rules, any dismissed employee with the required service may bring a claim for unfair dismissal and require the employer to show that it had one of the five designated reasons for dismissal, followed a fair process, and acted reasonably in dismissing the employee in the circumstances.

Compensated no-fault dismissals would give micro-businesses – those with fewer than 10 employees – the option of bypassing these rules and making a prescribed payout to the employee.

An employee could, however, still bring a claim under other jurisdictions, for example, a claim for discrimination under the Equality Act 2010 or a claim for automatically unfair dismissal or detriment under the Employment Rights Act 1996 and Public Interest Disclosure Act 1998. It would still be open to an employer to dismiss an employee without it being a no-fault dismissal (and without the prescribed pay-out), under the normal rules.

Aims of the proposal

In its call for evidence, the Government identifies a “fear” that businesses have of “the burdens associated with employing someone”. It highlights a perception that “it can be difficult, time-consuming and expensive to end the employment relationship when things go wrong”. The Government believes that the introduction of compensated no-fault dismissals would tackle this and encourage micro-businesses to hire new staff.

The case for includes:

The case against includes:

The Government’s call for evidence is expected to deliver views in two distinct camps – small employers and business groups for and employee groups against. Yet, the statistics in the call for evidence do not point to such a strong voice in favour of change among small businesses. The results of a recent government-commissioned survey show that, apart from sole traders, micro-businesses tend to recognise current employment rules as “fair and proportionate”.

Perhaps most significantly, the qualifying period for basic unfair dismissal protection is now two years, if the employee commenced employment on or 6 April 2012. This effectively grants employers – of all sizes – the right to dismiss without fair reason or fair process in this time, as long as they avoid prohibited grounds. It has to be asked what legislation for no-fault dismissals can add to this. Will new rules, which in turn will generate case law on the scope of such rules, really be justified? Employees would still be able to bring other claims even where a compensated no-fault dismissal is used by the employer.

If nothing else, it is political statement and one that prompts a debate on what our labour laws should look like and which rights be should be regarded as fundamental.