By Laura Chamberlain on 1 Aug 2011 in Employment law, Employment tribunals 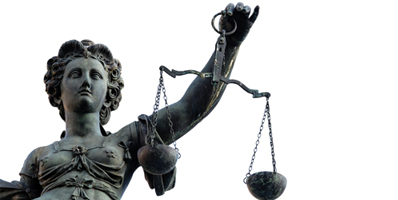 The Court of Appeal has used a judgment in a long-running appeal case to defend the employment tribunal system.

Lord Justice Mummery, former Employment Appeal Tribunal (EAT) president, defended the workings of employment tribunals as he rejected an appeal case that had previously been criticised at the EAT for using so much public time and money.

Elsie Gayle had appealed against the EAT’s rejection of her claim that she was penalised by the Sandwell and West Birmingham Hospitals NHS Trust for taking part in trade union activities.

Mummery defended the amount of time the case had taken up, explaining that it was not usual of the workings of the tribunal system.

“Ms Gayle’s litigation has now reached the third level of decision,” he said. “That is not typical: most employment disputes do not even go one round, because they are settled through the good sense of the parties or thanks to the good offices of Acas. When they are contested, the vast majority of cases only go one round.”

He also noted that it takes longer than “most people begin to appreciate” for the employment tribunal to establish the facts and to assimilate, organise and analyse the evidence.

He added: “In every case, the parties, who both think they have a good case, are entitled to expect that their case will be dealt with justly. That takes time, care and patience, as well as specialist knowledge.”

John Read, employment law editor at XpertHR, explained in XpertHR’s Tribunal Watch blog that Mummery’s comments were an unusual addition to a Court of Appeal judgment.

“Sitting judges are not especially prone to releasing press statements about their views on legal matters, and Mummery seems to have seen the Gayle case as a good opportunity to make his strong feelings on the matter known, given the EAT’s statement [when rejecting all but one of Ms Gayle’s various complaints] that it was ‘a matter of great regret that so much public money and time has been spent on this matter’.”

Further information and insight into Mummery’s comments are available on the XpertHR Tribunal Watch blog.