By Stephen Simpson on 5 May 2017 in Criminal records, Case law, Human rights 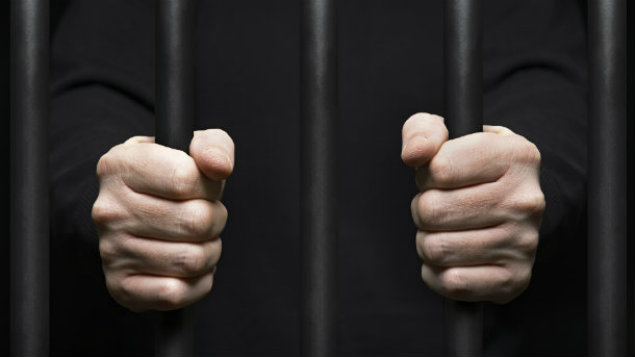 The incoming Government must rethink criminal record disclosure rules after defeat in the Court of Appeal over the process for filtering out less serious or long-standing convictions.

How employers can break the re-offending cycle

The Court of Appeal decision in R (on the application of P and others) v Secretary of State for Justice and others is the latest case to challenge the disclosure to prospective employers of less serious offences, or offences that were committed a long time ago or when the offender was a minor.

In 2013, the Government amended the criminal record checks scheme to allow filtering out of single convictions for some offences.

Since 2013, single convictions for non-violent, non-sexual offences that did not lead to a custodial sentence or a suspended sentence have been filtered out after 11 years (or after five years and six months if the offender was a minor at the time of the offence).

The changes were made after a number of cases in which individuals successfully argued that minor offences, or offences that they had committed in the distant past or when they were children, were preventing them from obtaining employment.

The case law culminated in a Supreme Court ruling that it was a human rights breach for the Disclosure and Barring Service (DBS) to lead to:

However, the amended rules provide that disclosure takes place when there is more than one conviction, regardless of the offence or circumstances.

This “multiple conviction rule” was the subject of a further legal challenge.

In R (on the application of P and others) v Secretary of State for Justice and others, two individuals whose convictions were not filtered because they had committed more than one minor offence successfully challenged the revised scheme in a judicial review application in the High Court.

“…the purpose of the two conviction rule is specifically (and legitimately) intended to target inclusion of those cases which reveal a pattern of offending behaviour.

“I recognise that where a pattern of offending behaviour is demonstrated, it is entirely legitimate to conclude that such information should be available to potential employers.

“The difficulty with the bright line, however, is that it is not a necessary inference that two convictions do represent a pattern of offending behaviour: indeed, on very many occasions, they will not.”

One of these individuals, P, who was suffering from schizophrenia, received cautions for shoplifting. Her mental health meant that she missed her court date, and was also convicted of a bail offence.

P’s convictions have prevented her from getting employment as a teaching assistant.

The High Court held that the revised criminal record checks scheme is incompatible with the right to respect for private life under the European Convention of Human Rights.

The Government challenged the High Court decision in the Court of Appeal, with P’s case heard alongside a number of similar cases.

The Court of Appeal has now ruled that the application of the multiple conviction rule in P’s case was disproportionate.

The Court rejected the Government’s argument that a review mechanism for testing the proportionality of the disclosure in each case would not be feasible.

According to the Court of Appeal, it should be possible to introduce a filter that takes into account the nature of the offences and the length of time since convictions.

An alternative suggestion from the Court of Appeal was a mechanism for review in specific circumstances, similar to the process for removal from the sex offenders’ register.

Christopher Stacey, co-director of Unlock, a leading charity for people with convictions that supported the legal challenge, commented: “Thousands of people contact us every year because they are being unnecessarily anchored to their past as a result of a criminal record disclosure system and DBS filtering process, which is blunt, restrictive and disproportionate.

“We’re delighted with the Court of Appeal’s ruling in this important case, which stands to affect many thousands of people with old or minor criminal records.

“The current system operates with inflexible rules meaning that, for example, someone with more than one conviction on their record will have to disclose all of their convictions indefinitely, regardless of the nature or circumstances of the conviction or the length of time that has since passed.

“The system acts as an additional sentence that often runs for life. It desperately needs reform.

“We strongly urge the next Government to take immediate steps to respond to today’s ruling by reforming our criminal records system.”

“…it is difficult to see how publication of this detail, 31 years on, is relevant to the risk to the public, or proportionate and necessary in a democratic society.”

Two cases similar to P’s also succeeded in the Court of Appeal. In one, disclosure of a conditional discharge for actual bodily harm in 1982 when the individual, W, was 16 was deemed to be disproportionate.

The Court of Appeal pointed out that W has stayed out of trouble since and had “made a success of his life”.

More on the Court of Appeal decision in R (on the application of P and others) v Secretary of State for Justice and others, including analysis of its implications for employers, is available on XpertHR.