What can be learned from Denmark’s parental leave and childcare policies? 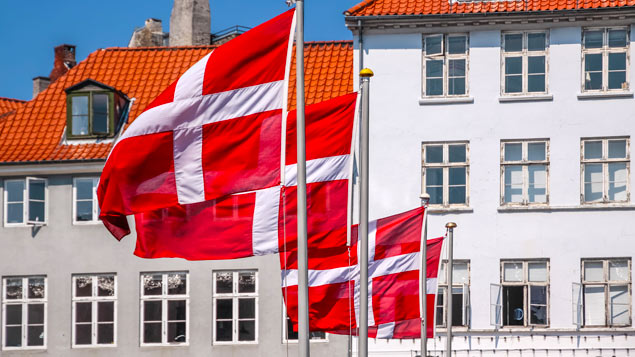 Denmark has some of the most generous parental leave and childcare support schemes in the world. But have these had an impact on closing its gender pay gap? Jason Downes looks at what the UK can learn from its policies.

Widely regarded as one of the most progressive European countries, Denmark has one of the most generous welfare systems and a high level of workplace gender equality. However, with Danish politician Mette Abildgarrd recently being asked to leave the parliament chamber for bringing her five-month-old child in to work with her, it may be time to reassess what we can learn from our European neighbours.

Denmark is one of the most generous countries for childcare provision and parental leave in the world.

New mothers can take up to 18 weeks’ paid leave; fathers are entitled to two weeks’ leave after the baby’s birth; and both parents are entitled to an additional 32 weeks which they can split between them as they wish.

However, despite this generous parental leave provision, a Danish study published last year still linked the widening gender pay gap with having children.

In the first few months after having a child, a woman’s income was on average 30% lower than her male counterpart. While this gap did reduce slightly in the following years, the pay difference still remained at an average of 20%.

Another study by the European Platform for Investing in Children found that a lack of or limited childcare options can negatively impact female careers. Supporting women back into the workplace after having children has long been a fundamental part of Danish culture and political policy. Families pay up to a maximum of 25% of the full cost of childcare, with local councils making up the rest. Those on low incomes or single parents receive further subsidies. This removes the cost barrier that most often prevents women from going back to work after having a child. As a result, the majority of mothers in Denmark work, which has led to the country being ranked as fifth for female employment by the OECD. In comparison, Britain is ranked 15th.

Yet, despite all this, the World Economic Forum ranked Denmark below the likes of Ghana and Venezuela when it comes to gender equality in leadership positions. The country also ranks only 39th in the world for wage equality for like-for-like work and only 6% of their chairpersons are women.

Women use majority of parental leave

There is a cultural acceptance in Denmark that fathers should take on more childcare duties – whether this has translated into more fathers extending their leave or not.”

One reason for this could be that, despite generous parental leave policies for all genders, the majority of parental leave in Denmark is still taken by women. The average father takes only 30 days off work, while mothers take almost 300 days on average.

According to a recent Harvard Business Review report, taking parental leave is not customary for fathers in Denmark and male managers take only 14 days’ leave on average. This makes it difficult for new dads to insist on taking more time off work to care for their child.

With many commentators calling for Britain to copy our Danish neighbours in their approach to childcare, parental leave and closing the gender pay gap, the real question is which aspects should we take, and which should we leave?

Undoubtedly, there is a cultural acceptance in Denmark that fathers should take on more childcare duties – whether this has translated into more fathers extending their leave or not. This is definitely something we should further encourage in the UK.

To create a positive conversation around new dads taking more time to look after their children, employers need to foster a supportive workplace where all parents can talk openly about their needs and discuss what options are available to them.

For example, while shared parental leave (SPL) has been an option for UK parents for four years now, only one in five new dads said they knew about the right to take SPL according to a survey PowWowNow conducted earlier this year. New parents need to know what they can ask for before they can ask for it!

However, there’s no point encouraging more dads to take a greater share in childcare responsibilities if the infrastructure is not there to support them. The Danes also have a crucial flexible working system across most companies which enables parents to alter their hours to ensure both work and childcare commitments can be met. While our remote working practices have improved in the UK, we still have a way to go, and employers should offer part-time and flexible working hours to both men and women, as too often only women are offered these solutions.

The necessary communication tools need to be given to all staff to ensure they have the technology as well as the cultural support to keep up to date on projects and continue to be productive wherever they work. From conference calls and instant messaging to screen sharing and video calls, returning parents can be supported and eased back into working life, while keeping that important family time.

It is clear that there are many things that we can learn from the Danes’ attitudes and policies around parental leave. But both men and women need to be given the tools to return to work on a schedule that suits them after having a child.

2 Responses to What can be learned from Denmark’s parental leave and childcare policies?