Does the law on performance dismissals need to be changed? 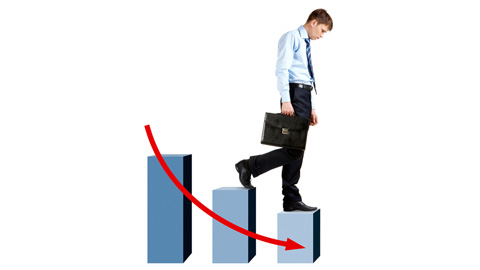 The ability of employers to deal with underperforming staff has been under the spotlight in recent months, with some business groups claiming that the current system is weighted in the employee’s favour.

However, in the light of government proposals to overhaul the law to make it easier for bosses to address underperformance, XpertHR consultant editor Darren Newman argues that the existing law on performance dismissals is straightforward, and there is simply no need for employers to tolerate individuals who are not up to the job – or for amendments to the law.

We spend so much time these days trying to keep up with the latest changes in employment law that we sometimes forget the many ways in which it stays the same. Governments tinker at the edges or adjust the process, but in general the main principles of employment law remain intact, particularly in the area of unfair dismissal.

Although the qualifying period to claim unfair dismissal and the maximum compensatory award have shifted over the years to reflect the approach of the Government of the day, the fundamental structure of an unfair dismissal claim remains as it was when the concept was introduced in 1971. The tribunal still looks to the employer to show the principal reason for the dismissal before it goes on to consider whether or not, in all the circumstances of the case, the employer has acted reasonably.

The employers’ lobby has recently focused on employers’ ability to dismiss for poor performance as one of the main areas of employment law that needs reform. The Beecroft report basically proceeds on the assumption that the legal obstacles in the way of an employer dismissing an employee for underperformance are insurmountable. That assumption forms the basis for Beecroft’s proposal on no-fault dismissals, which has led to the rather muddled provisions on settlement agreements in the Enterprise and Regulatory Reform Bill.

But, as previous cases have shown, the law on dismissal for poor performance is really quite straightforward. If employers are under the impression that the law requires them to continue to tolerate employees who are simply not up to the job, they are wrong.

I read a lot of Employment Appeal Tribunal judgments and am struck by how few relate to dismissals for poor performance. But poor performance does cause a great deal of anxiety for employers. A common scenario is that issues are ignored and underperforming employees are worked around until the manager’s patience finally snaps and HR is called in to do something about it. The difficulty the employer then faces is that it has tolerated the employee’s poor performance for so long that it seems incongruous to suggest that the employee’s standard of work is unacceptable; in many cases the employer has been accepting it for years.

Employment law is not the problem

There is no legal solution to this problem: employers just need to manage performance more effectively. If employers are willing to do that, the current law operates in their favour.

There is always a risk that a tribunal will find that a particular dismissal was unreasonable. However, employment law is all about managing risk effectively and employers do not have to be legal experts to set clear standards, communicate them effectively and give employees a reasonable opportunity to meet them. Where that leads to dismissal, in some cases there will be a tribunal claim.

But the relatively minor risk that employers face as a result should not be used as an excuse for poor performance management. Employment law is not the problem here and does not need fixing.

This is an extract from a piece originally published on XpertHR.