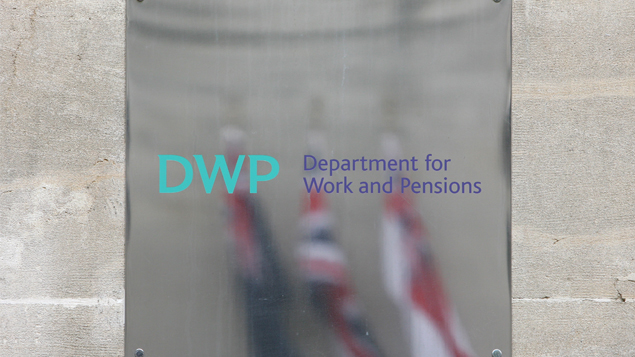 A former Department for Work and Pensions employee who was found to be a victim of age and race discrimination was called ‘racist’ for remarking on Wales’ wet weather, harassed for allegedly stealing an ice cream and did not receive her final pay on time.

Earlier this year Anne Giwa-Amu, who is of Nigerian and Welsh descent, won her claim at an employment tribunal after she was dismissed because of her attendance following a campaign of harassment from other trainee administrative officers in her cohort.

Discrimination and injury to feelings

In February it was reported that she would be awarded more than £386,000 in compensation, which included a 40% uplift to account for the tax and national insurance she would have to pay on her award.

However, the tribunal has since issued a correction to its remedy judgment to reflect that Giwa-Amu would need to account for any tax and national insurance due. This has therefore reduced her award to £243,635.84.

The corrected judgment revealed further details about the case. Giwa-Amu, who was in her mid-50s when she joined DWP as an administrative officer, was the only BAME trainee in her cohort and was subject to numerous comments and behaviours that amounted to age and race discrimination, the tribunal found.

In her first week in the role in February 2017, a colleague described herself as a “Paki lover”, which the tribunal found had been insensitive and had violated Giwa-Amu’s dignity.

Later that month, the same colleague told Giwa-Amu it was racist for the claimant to comment that it always rains in Wales and on a number of occasions joked to colleagues that it was Giwa-Amu’s “weather report again” when she tried to make conversation.  Against the backdrop of the claimant feeling marginalised by the group and reasonably perceiving her colleague to be trivialising discrimination, the tribunal found these to be acts of racial and age-related harassment.

The same colleague later accused her of stealing ice cream in front of the trainee group, a comment that became a regular joke that upset the claimant. She also sprayed body spray over herself in Giwa-Amu’s vicinity despite the claimant telling her she disliked it.

Giwa-Amu once left a meeting in tears after colleagues made gestures that she believed were about her.

When she complained to the trainer about the bullying the trainer went on to talk to the alleged participants, despite Giwa-Amu telling her that she didn’t want her to tell them about her complaint. The tribunal found this to be an act of victimisation.

In March 2017, one member of the team humiliated the claimant again by loudly telling the group that he “touched [the claimant’s] bum”, which the tribunal said amounted to direct age and race related discrimination and harassment.

When she left work for the weekend later that week, Giwa-Amu heard a colleague remark “if she comes back” to other members of the group. She told the tribunal this made the her feel entirely rejected, ridiculed and isolated from the rest of the group.

After this she stopped attending work and was signed off with work-related stress.

She was later invited to an attendance management meeting. Giwa-Amu claimed she did not receive the invitation to the meeting. She was dismissed from DWP in her absence and has been unable to find work since.

The tribunal found the victimisation continued even after she was dismissed from the organisation as there were repeated delays in her receiving her final pay. The tribunal judge said this had really “rubbed salt into her wounds”.

In February, employment judge Laura Howden-Evans ordered the DWP to amend Giwa-Amu’s record to reflect that she had been reinstated and then resigned from her position, rather than had been dismissed, to aid her in receiving a reference when she applied for other positions. It was also required to announce her reinstatement to all internal staff.

Staff who were found to have breached equality legislation were required to take further equality and diversity training and the DWP was told to refer itself to the Equality and Human Rights Commission to determine whether any further action needed to be taken.

DWP permanent secretary Peter Schofield and director general of HR Debbie Alder were also required to write to Giwa-Amu with a formal apology for the distress caused by its unlawful treatment.