By Adam McCulloch on 28 May 2020 in Furlough, Coronavirus, Latest News, Redundancy 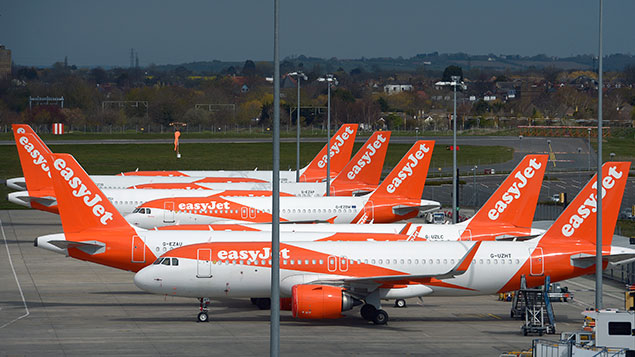 EasyJet is set to make 30% of its staff redundant – amounting to 4,500 jobs – as it suggests flight demand will not fully recover until 2023.

Despite this, the airline has said that winter bookings this year are ahead of the equivalent level at this time last year.

The company will launch an employee consultation process on proposals to reduce staff numbers.

As the firm plans to reduce its fleet size by 14% this year – losing 51 aircraft from its 353-strong fleet – job cuts will fall across all parts of the business including marketing, ground services and maintenance.

Easyjet, which had furloughed thousands of staff, said it had enough money to survive, adding that “cash burn during grounding has been broadly in line with our estimates published in April”.

Chief executive of easyJet, Johan Lundgren, added: “We want to protect as many jobs as we can for the long-term … we anticipate reducing staff numbers by up to 30% across the business and we will continue to remove cost and non-critical expenditure at every level. We will be launching an employee consultation over the coming days.”

The Luton-based carrier has 15,000 full-time employees.

Brian Strutton, general secretary of pilots’ union Balpa, said easyJet staff will be “shocked at the scale of this announcement”.

He added: “Given easyJet is a British company, the UK is its strongest market and it has had hundreds of millions in support from the UK taxpayer, I can safely say that we will need a lot of convincing that easyJet needs to make such dramatic cuts.”

EasyJet plans to start flying again in the UK and France from 15 June and has said bookings on the resumed flights had been encouraging albeit from a low base. But the company added: “We believe that the levels of market demand seen in 2019 are not likely to be reached again until 2023.”

However, a spokesperson added: “Bookings for winter are well ahead of the equivalent point last year, which includes customers who are rebooking coronavirus-disrupted flights for later dates.”

The budget carrier is in the middle of a battle with its founder and biggest shareholder Stelios Haji-Ioannou over a multibillion-pound order for 107 Airbus aircraft. The airline held a general meeting last week in response to Haji-Ioannou’s call to remove four directors and Andrew Findlay, chief financial officer, this week announced plans to leave the group a year from now, just days after he survived Haji-Ioannou’s attempt to oust him.

Earlier this month it was reported that BA planned to re-hire staff on worse terms. And a letter received by staff two weeks ago outlined plans to slash cabin crew salaries to £24,000, while senior crew would have to downgrade to basic level pay.

Meanwhile, German carrier Lufthansa has stalled over accepting a €9bn bailout package from the German government because of conditions imposed by the EU, which asked the airline to waive the rights to six out of 300 landing slots at Frankfurt and Munich airports.