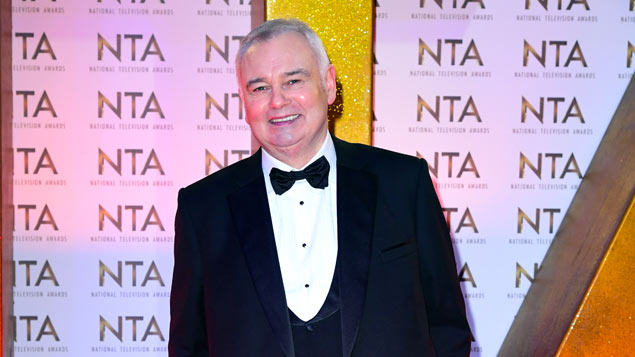 Television presenter Eamonn Holmes could face a tax bill of up to £250,000 after an IR35 tax tribunal ruled he should have paid income tax and national insurance contributions as if he was an employee.

Holmes, who presents ITV programme This Morning, claimed that he was paid as a freelancer through his personal company Red White and Green, and therefore did not owe any income tax or national insurance contributions between 2011 and 2015.

However, Judge Harriet Morgan ruled in HM Revenue & Customs’ favour and concluded that there was sufficient mutuality of obligation and “at least a sufficient framework of control to place the assumed relationship between ITV and Mr Holmes in the employment field”.

Although he had been given “considerable autonomy” in how he prepared for his work on This Morning, HMRC argued that Holmes would otherwise be considered an employee had he not been working through Red White and Green.

The judge said: “On that basis and, having regard to all other relevant factors, my view is that overall, throughout all relevant tax years, the assumed relationship between ITV and Mr Holmes was one of an employment rather than self-employment.”

The parties are yet to agree on the precise tax figures due, but it has been estimated he could owe up to £250,000.

The case was first heard at the First Tier Tribunal Tax Chamber in June 2018, when Holmes argued he considered himself “totally freelance” and claimed he had “total control” over how he acted on This Morning.

In a statement published by contractor advice website ContractorCalculator, a spokesperson for Holmes said: “Eamonn has always considered himself a self-employed freelancer and has never knowingly avoided paying taxes. He is taking the time to understand the extensive document detailing the outcome.

“Like many people across the country and from many different professions, he is seeking to comprehend what this means; and simply wishes for clarity and consistency across the guidelines so that people don’t suffer the same confusion over these retrospective IR35 rulings.”

Dave Chaplin, CEO at ContractorCalculator said: “It’s been very surprising to learn that Eamonn Holmes lost his IR35 case despite being a freelancer for almost four decades, working for a wide variety of broadcasting companies.

“The IR35 case law for broadcasters in the media sector appears to have tied itself into knots. It’s difficult to understand how the rules have not applied to some presenters, but yet they do for Eamonn Holmes. Many of these cases are going to Upper Tribunal where we hope to see some clarity to the law. But that could be years away.”

Last year, fellow ITV presenter Lorraine Kelly successfully argued that she is a freelance “theatrical artist” acting as a television host, when HMRC claimed she owed around £1.2 million in tax.

Chaplin said of Holmes’ case: “This is not a case of tax avoidance, and not the kind of situation which the IR35 legislation was brought in to combat 20 years ago. In my view neither Holmes nor ITV share any blame here – the fault lies with an unworkable piece of legislation that no-one properly understands.”

Changes to the IR35 rules in the private sector will be brought in on 6 April 2020.

Stephen Ratcliffe, a partner at law firm Baker McKenzie, commented: “This case serves as a timely reminder of the finely balanced nature of some of these cases, and the liability faced if HMRC disagrees with the parties’ assessment of their relationship.

“Given that that liability will shift to those engaging personal service companies on 6 April, and the government has made clear that those changes are definitely going to proceed, it’s really important that those using personal service company contractors get on with their preparations for those changes. That’s equally true whether the contractor is a celebrity or not.”

One Response to Eamonn Holmes defeated at IR35 tax tribunal